An Ellipsograph I and my apprentice made

This MAY have been posted here. I can't remember. I was the Toolmaker at Colonial Williamsburg. In 2006,or 7,my long standing journeyman,Jon,retired. I got a new apprentice,and this was our first project together.The new apprentice was not inexperienced. He was a custom silversmith at Tiffany's for 5 years,and had been working in the Silversmith Shop for 3 years or so.

This ellipsograph was subsequently seen on The Woodwright's Shop (Roy Underhill).

The Cabinet shop was in the process of duplicating an 18th. C. tool chest,which had large,elliptical inlays inside the lid. They wanted to demonstrate this device during one of the seminars on woodworking that Col. Williamsburg holds every year.

It is about 6" square,made of mahogany and brass. The knurling on the knobs was done with knurls that I showed the apprentice how to make by using ordinary taps to mill out their edges to generate convex,old fashioned style knurls.

We also made a little swivel knife that would be useful in cutting out paper patterns if needed. Normally,a pencil goes into the hole in the hole in one of the arms. They did have pencils in the 18th.C.,except the little leads were square,sawn out of natural graphite,which,at the time was apparently only found in England. Europeans struggled to come up with a synthetic,clay based graphite. Cont'e,whose name is still well known today in pencils,finally suceeded in the late 18th. or early 19th.C.(I can't recall,getting old).

This device works the same as those little "smoke grinders",or B.S. grinders you may have seen as toys. However,this one is more accurately made and adjustable to change the shape of the ellipse,or the size of it. 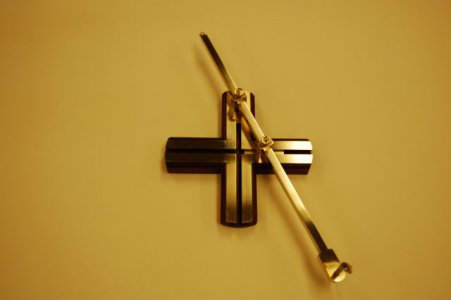 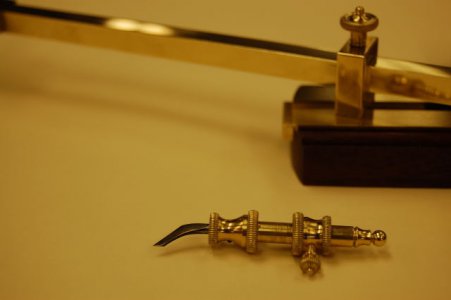 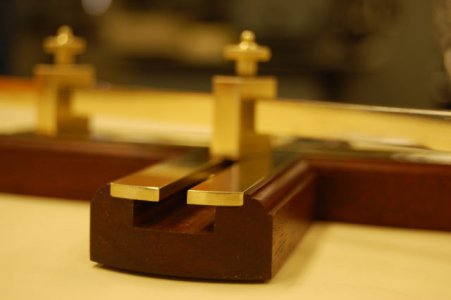 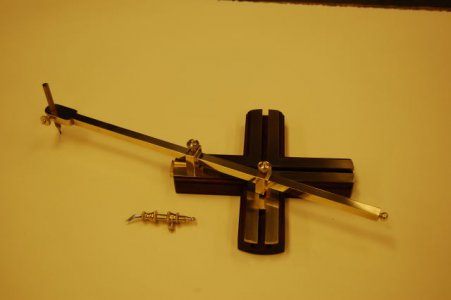 Very nice work!
Looks like you will have an excellent apprentice!!

He had skill,just no experience with lathes and milling machines.

hi george! was just wondering if you ever had time and wouldnt mind sharing id love to see a demo on how the knurling was done with taps,very nice work!

If you do a search in the Practical Machinist's forum,I did a complete(with several bad pictures!) posting on "making Knurls".add my name and I'm sure it will come up. I need to do it here,but that post took some time. I'll try to post it here when I'm able.

I don't mean to be advising viewers to go to other fora,I just realized.
Last edited: Jan 5, 2012
You must log in or register to reply here.
Share:
Facebook Twitter Reddit Pinterest Tumblr WhatsApp Email Link
It can take up to an hour for ads to appear on the page. See our code implementation guide for more details. If you already have Auto ad code on your pages there's no need to replace it with this code
Top
AdBlock Detected