Hello,
In this thread I'm going to show details of my new project - vertical CNC mill.
I've just started this project, so nothing is final. There might be some changes on a fly. However there are some practical limitations that put certain constraints on the built:
1. It's a small mill I can built in my garage, having access just to combo-lathe/mill;
2. There's old 12"x18" cast-iron surface plate, that can be used as a rigid base;
3. It's a single-column vertical mill, my surface plate isn't big enough to put the second column to make a router.
4. All the basic components are generally available in on-line stores and on eBay.
5. The mill has to be solid enough to machine aluminum.
6. There's no oiling system integrated - not using dovetails, only rails and slides.
7. Something I'll figure out later. 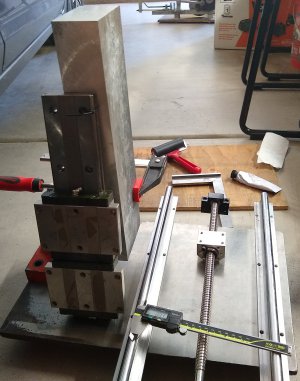 I started my built from the table. I bought the cast-iron one in LMS, that's the biggest table (400 mm x 145 mm) from the cheapest you can buy. 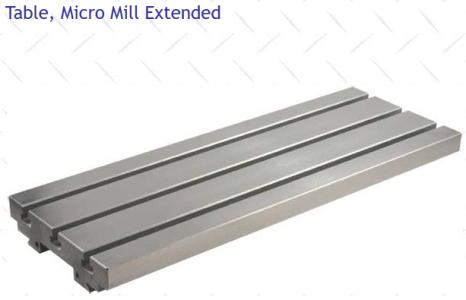 This one has dovetail that has to be removed to install the slides.
Here is Part 1 video on the table re-build

My second step was attaching the mount for the vertical column to the surface plate. The mount is a heavy angle I found on eBay.
It took some time to flatten the surfaces of the angle by blueing and scrapping them. The cast-iron plate also needed some massaging. 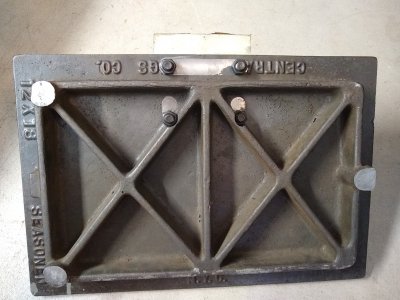 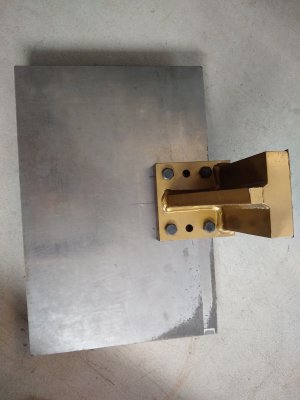 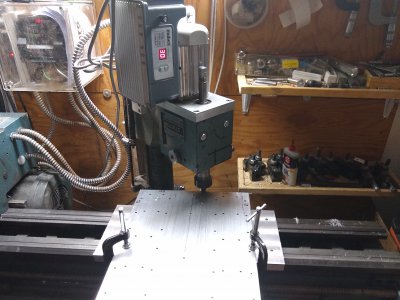 I've been marking, drilling and tapping about half a googillion holes in a piece of aluminum to make XY plate. That took a couple of days. Now it's done, and X-, Y-rails can be screwed together. There are some ideas on making this plate more solid to bending - will add some ribs later, after I get aluminum. Here is the second short video.

Looking forward to this build, your lathe project is pretty darn cool.

It looks like you're building a machine with a similar envelope to mine, what are you planning on for the spindle? 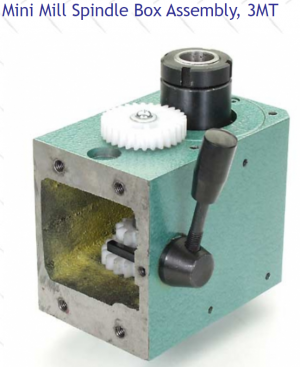 I'm not going to use the gears, I'll put timing belt and pulleys instead. Similar to what I've done on the lathe, just a shorter head casting.

It looks like you're building a machine with a similar envelope to mine, what are you planning on for the spindle?

Looks good, with the servo you can get slower speeds and maybe even tapping?

I have a Teknomotor motor/spindle with an ER20 collet attached but it gets quite hot if it's running slower than ~5000 rpm, I may have to look into changing it eventually or adding forced air cooling. 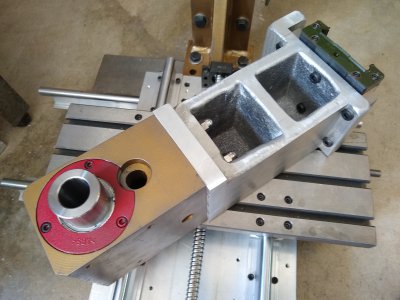