I have a Enco 105 111? mill/drill and am considering changing the power in put from 110 V AC to 220 V AC . Is there any thing more to change than the 2 jumper bars in the power box on the back of the machine? It does have a reverse switch and will run counter clockwise when the switch is thrown. All help will be appreciated.
Ray

This was reviewed in a previous thread:

My Enco mill came to me wired for 115v. I have 204v available so I'd like to rewire it to take advantage of that. Problem is, it doesn't appear that the wiring listed inside the motor box cover is wired exactly like it shows in the diagram. Can someone help me with how to properly make this...

Hi Ray, take a look at that other thread, let us know if you need more info or it doesn't match your machine
Mark
S

Is there an advantage to switching to 220v vs 110v? I'm asking because I have the same mill currently wired for 110v. I would love to have speed control via a VFD but that requires a 3-phase motor.

@Karl_T thanks, I'm just trying to understand the whys. So why is it that 2-3hp are not advised on 110v?

True the current is half on 220 but the watts consumed are the same. So is the advantage just that you can run bigger motors without running heavy gauge wiring and breakers as would be required for 110v to handle the amperage?

Running on 220v instead of 110v will pull less amperage which means less heat which is easier on the electrical components along with more cash in your pocket because it is a bit cheaper to run.
S

Latinrascalrg1 said:
Running on 220v instead of 110v will pull less amperage which means less heat which is easier on the electrical components along with more cash in your pocket because it is a bit cheaper to run.
Click to expand...

OK the less heat part (from fewer amps) makes sense. However, 220v being cheaper I believe is a myth because as I mentioned earlier the wattage is the same. My power company charges by KWh.

Less energy lost through the extra heat is proof of the savings if you really think about it. Its not a huge amount thats hardly worth mentioning and personally I believe the true value to be in the long run aspect of it being easier on many of the electrical components......at least thats what I have deciphered thru my learning process......
Last edited: Jul 22, 2019

I am not an electrician, but...

In round numbers, and many motors are different:

A standard household 120 volt circuit is sized for a max 15 amp load. But electrical motors briefly suck up much more current when starting. Therefore it is recommended to ensure that the circuit can supply 20 to 25% more amps than the full load requirement for the motor. So, right there, a standard household circuit is inadequate for a 1 HP motor. Do people run 1 HP motors on 15 amp circuits? Yes. But it is cutting into the safety margins. You should always assume that your wiring was done by some kid who was hung over from last night's party. All too often, that's literally true. Overheated wiring can lead to a fire and that is generally not a desirable outcome.

Can you put in higher amperage household circuits? Sure, but the wire in the wall has to be a sufficient gauge to carry the current. Note that the same wire gauge can carry the same amount of amperage regardless of the voltage. Thus, if you are going to run wire through the walls to power a motor, you can safely use smaller gauge wire to power the motor at 240 volts. That saves money.

Craig
PS I don't believe that electric motors are generally more efficient on 240 v. 120 volts. But that is even further from my field of expertise.

They are a bit more efficient on 240 because of things like copper loss, eddy current losses and stuff like that. It's a small amount, around 3% I think
Because the resistivity of copper is a constant, when you double the voltage and halve the current the whole system gets more efficient, the wiring in the wall, the motor, everything. Less voltage drop means more power delivered to the load
This is why automotive electrical systems went from 6 volt to 12, less copper required, less weight, etc.
Last edited: Jul 22, 2019
S

Well said Craig. I'm not an electrician either but that doesn't stop me from playing one Just added two 20 amp breakers to the panel and ran 12ga wiring for 12 outlets. And I'm in the middle of running a 220v line too. 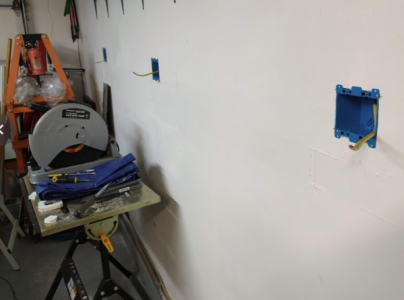 But the reason I asked if there's an advantage is because my mill's 2HP motor is rated for 16A at 110v and 8A at 220v which I'm assuming are peak amps -because my 15A breaker has never tripped. Of course it's possible I have a bad breaker, I need to put my Kill-A-Watt plug on it.

All horses aren't the same. Sears came out with a supposedly 4hp air compressor 20 years ago. it ran on 110. that's when I coined the terms "sears horses". They are just ponies.

As for that 2hp mill on 110, you just need to be aware not to push your mill to the limit. easier said than done - something will go harder than you expect sooner or later. if you ever rewire, move etc. upgrade it to 220.

So a few things to clarify, it is one thing change the wiring on the machine from 120 to 240V single phase if designed to do so. But a whole different proposition changing out the motor to 3 phase and adding a VFD. There are a multitude of factors that determine the load requirements and electrical sizing of the socket, and the requirements of the equipment you plan to use. Looking at the Hp alone, well that can be anything depending on the actual current being drawn at the rated voltage, what load it is operated under, and for how long. You often see vacuums rated 4-5Hp, but plug into 120VAC 15A sockets, the real continuous Hp/current is much lower. A VFD on the other hand can draw upwards of 200% of the motor amperage for up to a minute, so the maximum size 120VAC VFD is around 1.5 Hp and this requires a 20A plug/breaker. As other's mentioned, most 120VAC sockets are 15A, so trying to run a 2 Hp motor off of that is not wise. The running Hp/current under no load is less, but current and resistance is what cause heating in the wire. Use a smaller wire at a higher current = more heat and eventually damage and possibly fire.

Breakers are designed to protect the wiring, but the assumption is you are not overloading them based on the socket/plug rating. Breakers are also designed with different trip curves, depending on the age and wiring, it may not be working at 100% of spec. Wiring in a house and also appliances have a safety margin built but there may be some de-rating based on the the wire ratings and associated equipment. A breaker is usually designed to trip based on current over time, so you can pull higher peak currents over a specified time. The motors with very high starting currents to not trip the breaker, as long as the current quickly declines.

If you plan to go to a VFD, then you need to replace the motor and for the most part you would not be using any of the current machine controls/wiring, so a complete rebuild. The only available VFD's for 2 Hp are 240VAC, the VFD manual will usually specify a 30A breaker, it may run off of a 20A breaker if you dial down some of the VFD load parameters or have light duty use. It will run, and may be fine, but for continuous use with load I would use a 30A breaker. The circuit breaker is supposed to be sized to ~125% of the VFD full load rated input current, does not matter what the VFD is connected to.

@mksj thank you for the informative post. I agree, if I upgrade it to a 3 phase motor (and a vfd) I will be running it off of single phase 220v and at least dual pole 30amp breakers with 10ga wiring. The original question was out of my curiosity if there's any benefit to converting a 110v wired motor to 220v.

Speaking of converting to a 3 phase motor I found this article helpful...even though it specifies Automation Direct's products but I learned about the NEMA frame sizing which I didn't know. This will certainly help finding a motor that fits with minimal modifications. 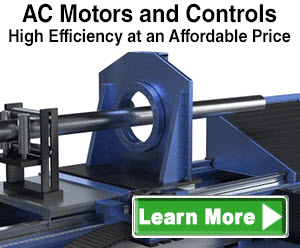 Converting a Mill/Drill and Installing a VFD

Modern VFDs have the ability to take single-phase electricity, convert it to three-phase with full power, speed control, reversing ability, and more.
library.automationdirect.com

stioc said:
the reason I asked if there's an advantage is because my mill's 2HP motor is rated for 16A at 110v and 8A at 220v which I'm assuming are peak amps -because my 15A breaker has never tripped.
Click to expand...

We as the operators of machines like a mill, lathe, table saw or whatnot control how much load we put on the motor. If you push the mill quickly through a long, deep and wide cut, you could well trip the breaker. Most of us recognize the stress we're putting on our machines and don't push them to their limits. On the other hand, things like a water pump or air compressor face pretty much the same load every time they run.

Ideally, if you were to continue running the mill on 120 volts, you'd want to put it on a 20 amp circuit so you have some headroom over the 16 amp full load draw. I agree that 240 volts makes sense if adding the circuit isn't prohibitive.

If your wire is properly sized for the rtotal load on it, the wiring should not heat up, if it is getting warm then the wire size is too small and needs to be addressed!

I have learned not to use the horsepower ratings of motors now days, go by the amp draw or Kw rating. If you look at the HP on my RF mill it is rated at 2 HP but the amp draw is closer to 1 1/4 HP. Obviously Chinese HP isn’t the same as the rest of the world!

The mill may run better on 204V since the voltage drop through the wiring will not be as big of a factor.

Not by any means an electrical guru, but it has been my experience that on dual voltage motors, running on 240 will always feel like you have more available power. I have an ancient Craftsman radial arm saw that had a tough time ripping 2x material. Rewired it for 240 and it was night and day difference. Same story with my old Buffalo 8" grinder. Mike
You must log in or register to reply here.
Share:
Facebook Twitter Reddit Pinterest Tumblr WhatsApp Email Link
It can take up to an hour for ads to appear on the page. See our code implementation guide for more details. If you already have Auto ad code on your pages there's no need to replace it with this code
Top
AdBlock Detected