I ran across this today but can't find anything online showing how it would be used. I believe it measures torque but not sure for what. It comes with a small chuck and chuck key. What is it used for? 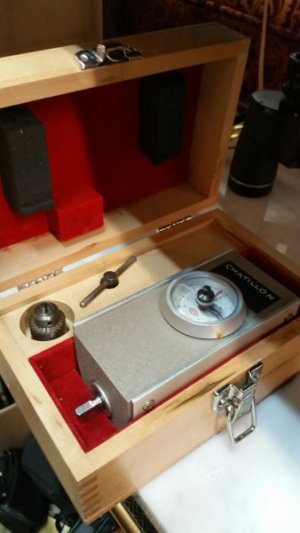 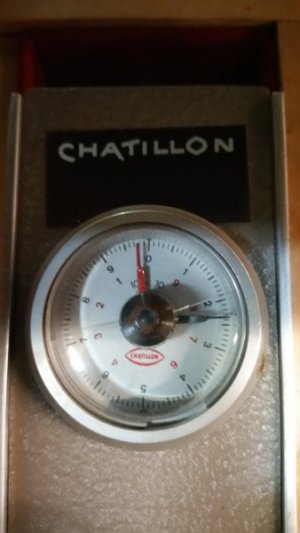 Is it for measuring linear force or torque? The shaft looks like it's intended to take torque.

Sent from my Pixel XL using Tapatalk
A

Its for measuring the torque on something, anything. Its a general purpose measurement tool.
If you don't know what you would measure with it, you don't need it.
D

Asm109 said:
Its for measuring the torque on something, anything. Its a general purpose measurement tool.
If you don't know what you would measure with it, you don't need it.
Click to expand...

Asm109, you likely know as well as anyone else here, it's not always about need! I just hate seeing this stuff languish in a junk shop if someone can use it.

Dan , we used similar torque gages down at the soap plant for setting our capper chucks for the lids . We preset them according to bottle size back in the shop area . Once the capper set the cap , it tightened to the set torque on the chuck and popped open . We later went to rare earth magnet chucks that could be set easily while on the machine itself , with the clutch slipping at the needed torque . One of the biggest complaints from consumers were either they couldn't get the caps off , or there bottle leaked when turned on the side . Our biggest complaint was about the inconsistency of the bottle blowing plant . Tide ( P&G) , had a different sealing method than Unilever , there's being a great big flat rigid surface , ours sealing on a small taper .
You must log in or register to reply here.
Share:
Facebook Twitter Reddit Pinterest Tumblr WhatsApp Email Link
Top