An upcoming project requiring 1.5mm thread pitch forced me to take a look at my lathes again. At one point in time I considered buying an import machine for metric threading capability but I couldn't bring myself to do it.

Browsing the Traytop PDF manual online I saw that metric threading was possible with just 2 additional gears. My 1953 12.5x18" traytop has been super noisy since the day I purchased it with high pitched ringing from the worn out change gears. 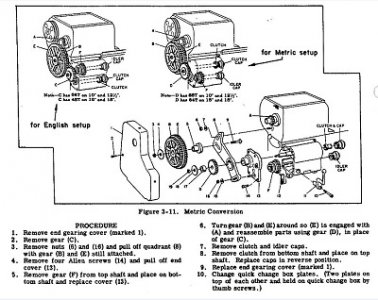 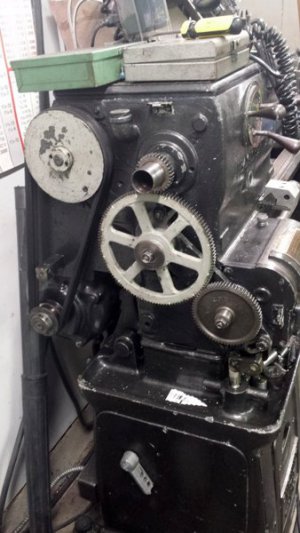 The original setup has a 33 tooth gear on the spindle, a 120 tooth idler and a 66 tooth gear on the gearbox shaft for a 2:1 ratio spindle to gearbox. The manual states that for metric threading the 33 tooth spindle gear is kept but now drives a 127 tooth gear pinned to a 120 which drives an 88 on the gear box. I opted to go with 16DP 14.5 PA gears because there is a large tooth count selection available. I knew I'd have to be creative mounting them, the new gear OD's are much smaller that the originals. The spindle gears had to be bored out and welded to adapters and the 33 tooth gear in a 16DP size isn't a whole lot larger than the OD of the spindle shaft.

After thinking about it for a bit I decided to change things up. Instead of switching between the 66 and 88 on the gearbox I eliminated the 66 altogether and left the 88 in place, but switch between a 33 and 44 on the spindle. I also run the 127 tooth gear as the primary idler and leave the 120 pinned to it for metric use. So now for inch threading I run 44-127-88, and for metric I run 33-127/120-88. Also (due to the smaller diameters)I had to make a new banjo to provide swing for adjustment. 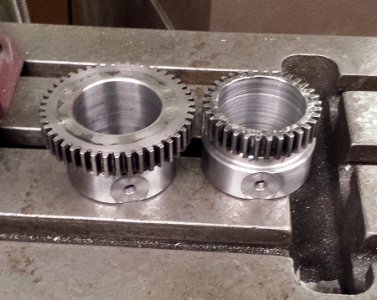 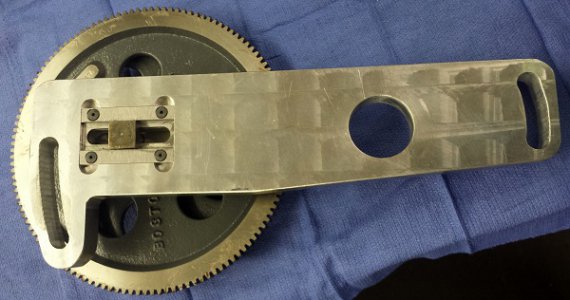 88 tooth gear with spacers to switch position for inch and metric: 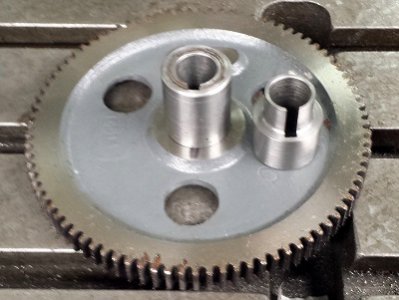 The instructions tell you to move the gear cluster in the left end of the gearbox from the top shaft to the bottom for metric. 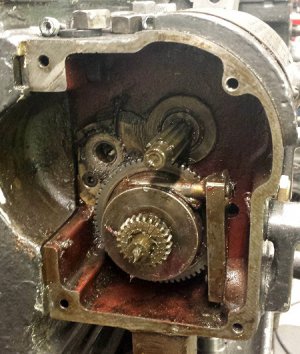 and switch the clutch and idler caps on the right side: 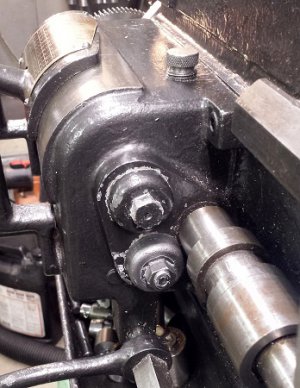 There is a little D-key in the shaft that has to followthe clutch component. It's a real PITA because the key is so far back inside. If you don't stuff a rag under and behind the shaft the key will fall down into the gearbox. 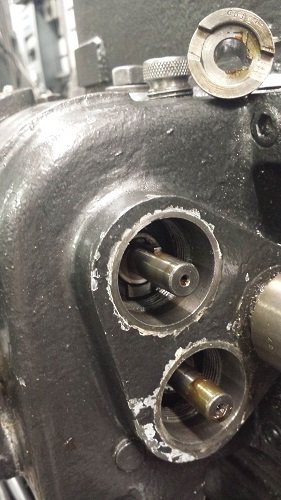 I found a chart on LathesUK showing the lever positions for metric threading pitches but it did not work out on my machine. One difference is that my A-B lever markings are opposite of the one shown in the internet photo. My solution was to create a map by leaving the half nut lever engaged and taking the carriage movement per revolution of the spindle off the DRO. I made a new chart for my machine and a second one with positions for normal metric threads. 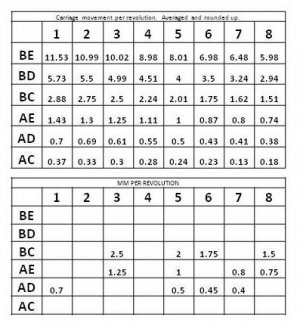 I have several hundred dollars invested in the conversion capability but it's a whloe lot cheaper than buying another lathe. 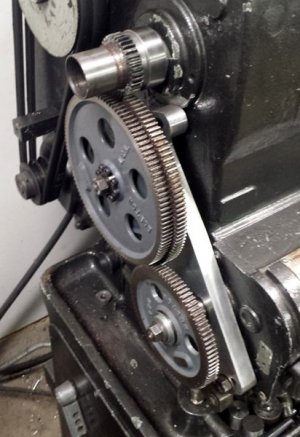 I've still got the Clausing 5914 I bought from you a couple years ago, it was either metrify it or the traytop. Still have your Traytop?

Holescreek said:
I've still got the Clausing 5914 I bought from you a couple years ago, it was either metrify it or the traytop. Still have your Traytop?
Click to expand...

I still have the Cincinnati HydraShift. Working great overall, but I have to find the reason for some slop in my crossfeed, which I think is mostly related to my taper attachment.
I have a lot of tools and tooling for sale at this time if there is anything you need. A portion is on my website at http://jackhoying.com/jack/tools.html If you need any inserts, end mills, drill bit sets, clamps, etc., take a drive up here and take a look.
Jack
You must log in or register to reply here.
Share:
Facebook Twitter Reddit Pinterest Tumblr WhatsApp Email Share Link
It can take up to an hour for ads to appear on the page. See our code implementation guide for more details. If you already have Auto ad code on your pages there's no need to replace it with this code
Top
AdBlock Detected