Has anyone using this mill and converted it to CNC? I have started and would like to share my progress as well as get input and share ideas.

A bit about the machine: it's made by Weiss and it's pretty similar to a PM and Grizzly mill and they share a lot of characteristics with the PM-30MV and the G0704, though they are not identical in terms of size, weight and working envelopes. Craftex is a Canadian brand/ed Chinese manufactured mill where as the PM and Grizzly machines are for the US market. Because of part availability and support I went with the CX.

I settled on using the Gecko 203V drivers because I tend to be hard on things and at the time, had some of the best documentation, easily supported the voltage and current requirements for the steppers and produced 10 uStep (2000PPR) steps. Another consideration was at some point I may want to upgrade to servos and wanted a PSU that was beefy enough to handle new requirements at a later date. The unit I found that fit the bill was a PS-15N44R from antek. It's a toroid design and is specked to run at 35A but boasts the ability to run at 200% over for short periods of time.

the box design itself was quick and dirty and I plan on making a much nicer box later on, but, some thought was put into layout to maximize space usage and take advantage of both active and active cooling in the event a fan fails. The box itself is mounted with fans at the bottom pushing air up into the case, and the top has a large vent. With fans on each side, the SSRs, relay, transformers etc are all directly cooled by the fans and are spaced so that they easily move air up both sides of the toroid transformer cooling it too.

Additionally, I wanted to essentially guarantee I could disengage the motors without powering down the entire unit. the 2x25A AC SSRs are used in parallel and connected to the key switch. 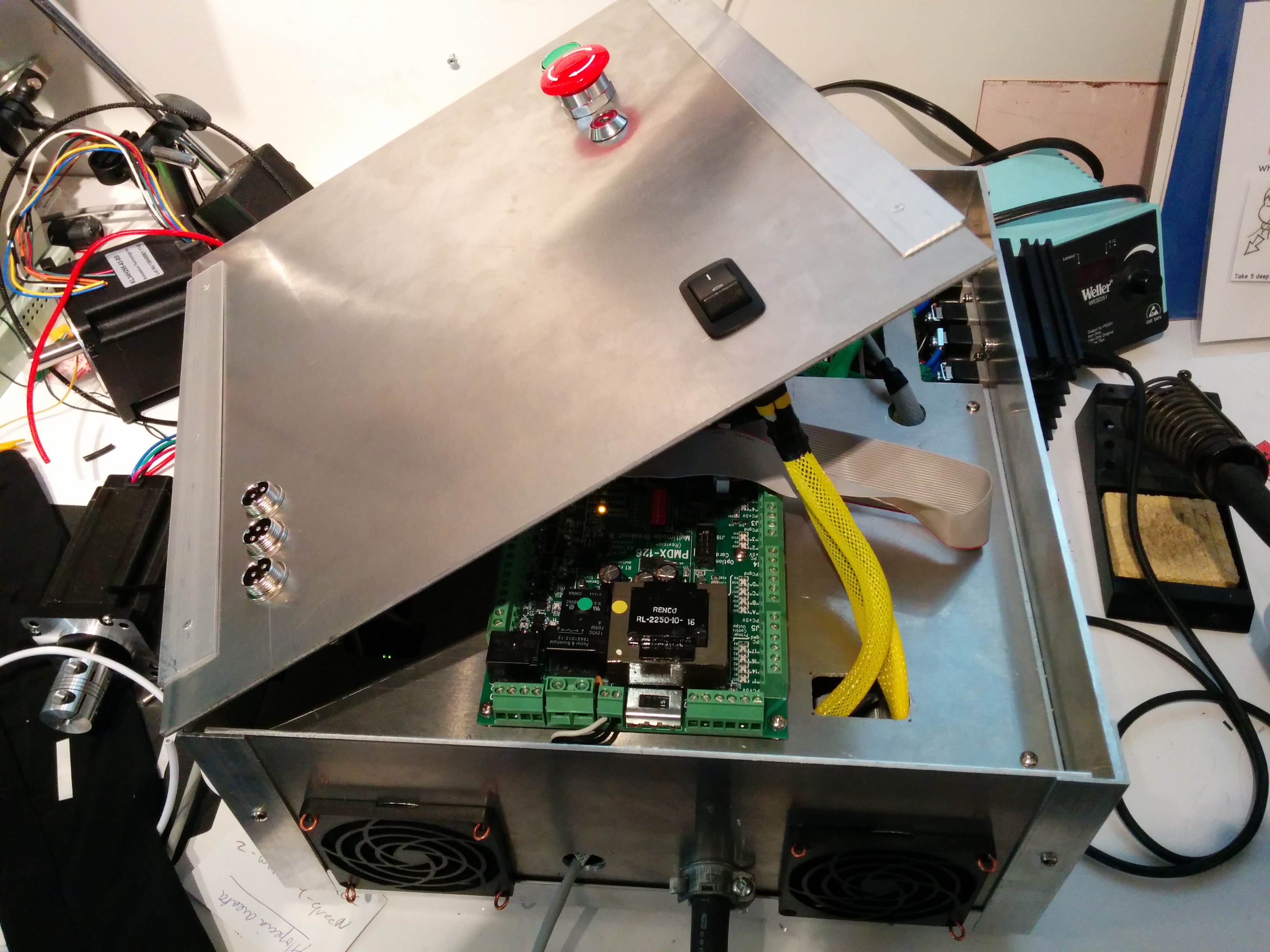 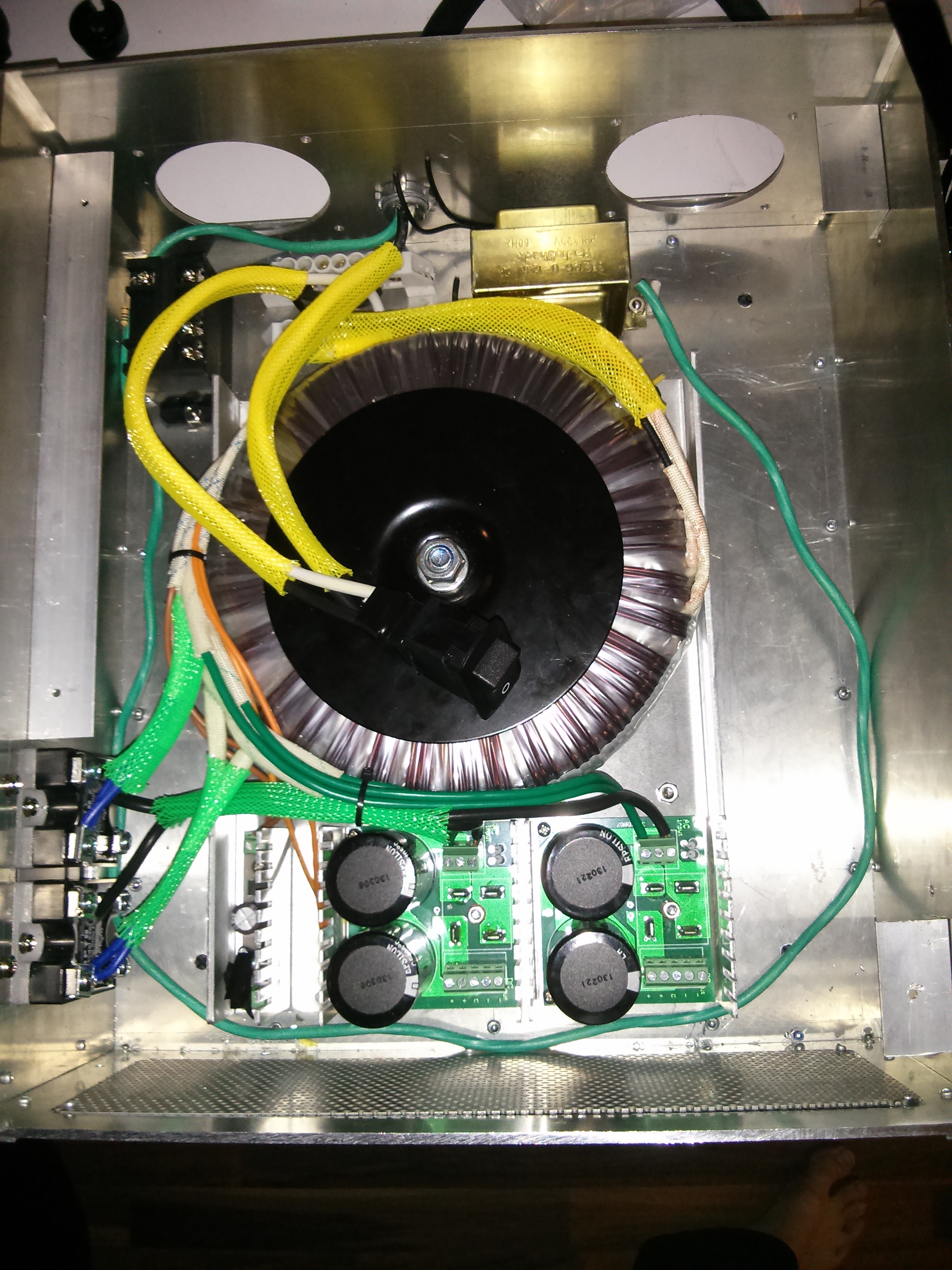 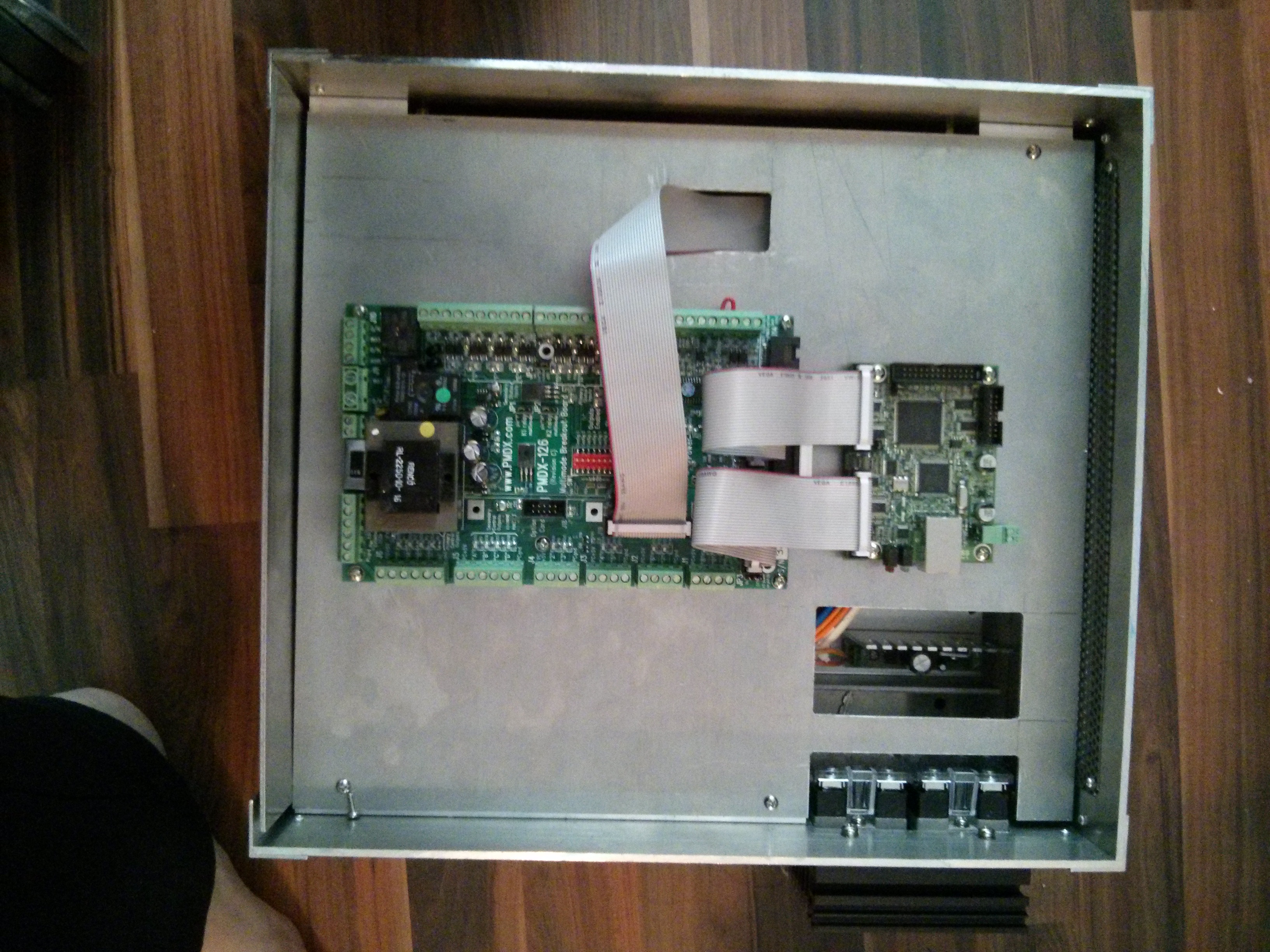 PMDX-126 and ESS smooth stepper connected, slots in the plate were milled out, the ribbon cable... 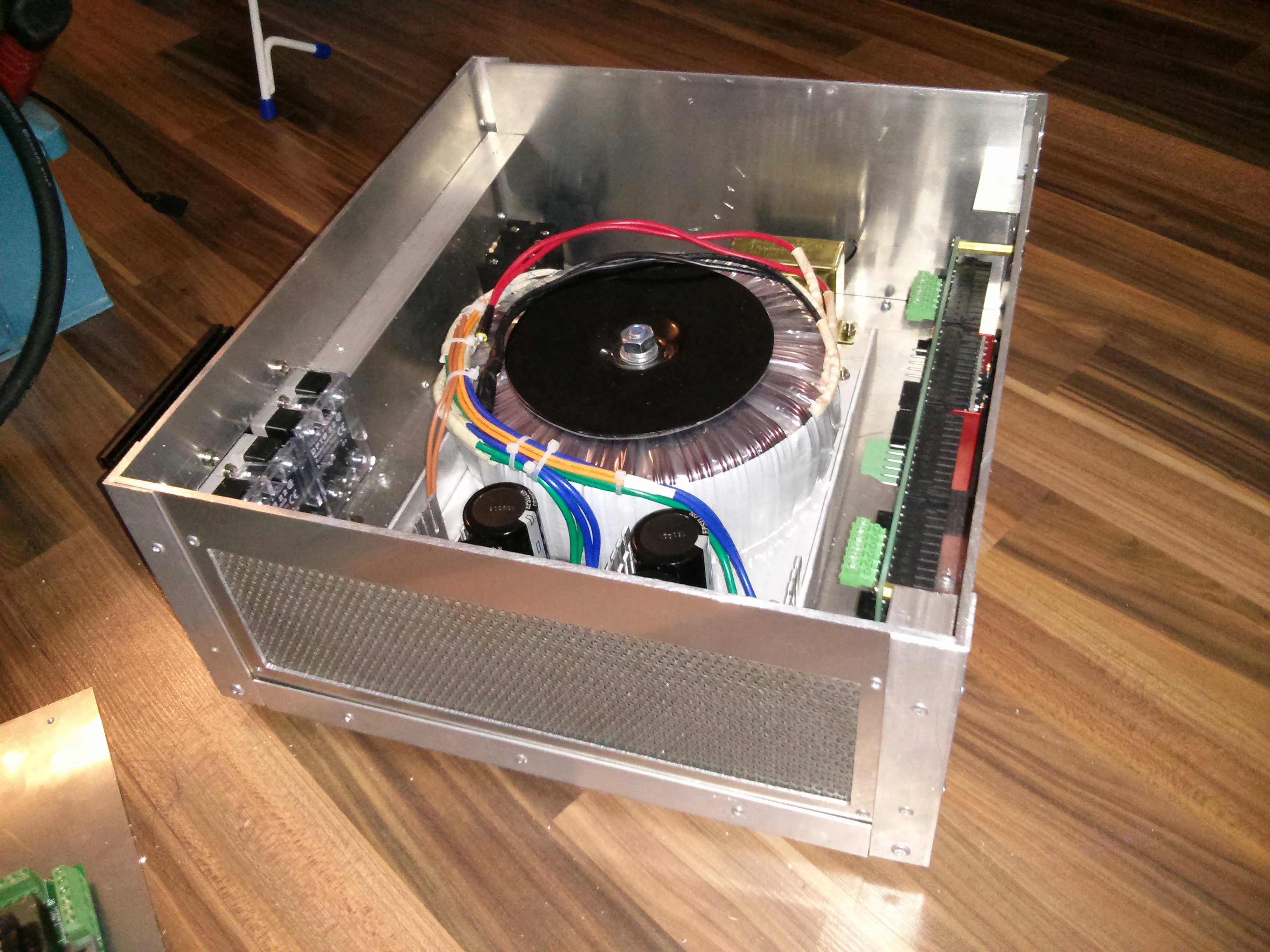 Did you finish your conversion? Did you document it elsewhere? I have the same mill and would love to follow your project ..
T

I understand this is an old post but how did the conversion go? I have the same mill as well and am getting intrigued.
You must log in or register to reply here.
Share:
Facebook Twitter Reddit Pinterest Tumblr WhatsApp Email Share Link
It can take up to an hour for ads to appear on the page. See our code implementation guide for more details. If you already have Auto ad code on your pages there's no need to replace it with this code
Top
AdBlock Detected