Hello guys
Well, I have been cleaning, and repairing. The selctor for the lead screw/ power feed would not turn. I had to take the levers and cover off of the lower gear box that controls feed speed. the slider would not slide. I found some distortions on the shaft around the key between the slider and drive shaft. I just cleaned that up and reassembled. I was thinking that it was due to a crash, but I can see no evedence of a crash. But may have been due to the state of the lead screw thrust bearing. When I removed the bearing block at the tailstock end, the bearing pocket resembled a rock crusher. One of the thrust bearing races was broken into little pieces and a few loose balls were left. I will add a few pictures. I'm afraid that I will have to turn the threaded end of the leadscrew down and rethread. I will also need to clean up the counterbore where the thrust bearing seats. I picked up some Devon Liquid Steel. I hope that will work to build up the bearing seat.
I did remove the entire carriage/saddle. As it turns out all of the oil passages were blocked with old hardend oil and dirt. had to repace the ball oilers. Also cleaned up and replaced the oilers and seal on the tailstock.
As a buddy of mine said "no better way to learn about a machine than to take it apart" and he is right.

On a side note. While on my roadtrip, 24 states 6,498 miles, almost 4 weeks. I was driving through Pensacola Fl. and decided to swing by the Booth Machine shop. I did try to contact Adam before I started the trip. I didnt get a response. I concluded the worse that can happen, is he can tell me to get lost. So we stopped by and met Abom79. He was very nice, didn't seem to mind us stopping by. And I got a tour of the shop.

I forgot to mention. I just ordered a multifix toolpost as the lathe only came with an old lantern style. It was kind of difficult to figure out what size to order. I ended up with a B set I do have a feeling that I will be ordering more tool holders. The ordering process seems kind of clunky.
If anyone is interested I will take a few pics when it arrives.
S

Good news, and bad.
I found a manual. In the process I figured out that I am missing most of the change gears. I was hoping that they would be an off the shelf item... no. I talked to the local gear suppler they will all have to be made. The set that is on the machine is not good for any threading that I can find. To have a complete set I would have to have 10 gears made. I wonder what the price tag on that will be. Depending on the price, I may opt. for just a few that will get me the most common combinations. And once again, when I took the gears in to be sized. They asked me if they were brand new. The outward apperance of the lathe would tell me that it has been used to death. But all of the common spots for wear are pretty much pristeen.
I did order a multifix tool post set size B. I sure hope that it is the correct size. I probably should have orderd a few more tool holders. I will post a few pictures

You might want to look at Boston gear and Martin gear catalogs- maybe some off the shelf gears could be made to work?
Probably save some money compared to making them from scratch
Mark
S

I went to the local Martin gear. The other option is to change all of the gears, then I could buy them off the shelf. I would just have to bore and broach them. They are I think a module 1.5 metric. I would have to change them to the similar standard type to get the similar gear sizes. I guess that is still an option. Even then, I'm not sure they would have all of the oddball tooth counts.
All in, before the gears will have around $600 into the lathe. That's including new tool post and VFD
If it sounds to good to be true, it probably is.
Z

I just picked up a 405gx1000 at a local auction. i haven't picked it up yet, but was wondering how your coming along on yours. it's been a while since you posted an update.

I am fairly close. But crummy things like work gets in the way.
I just changed the oil last week. I should have some time this weekend to work on it some. Nearly ready to put some leveling feet on it, and set it in place. I am anxious to get it going. I need it from time to time.
You will have to post some pictures when you pick it up.
Don't forget the change gears lol.
Z

Here's the auction pics. I'm hoping I'll find some change gears in all the crap in the backwards installed tray. Lol.
Jeff 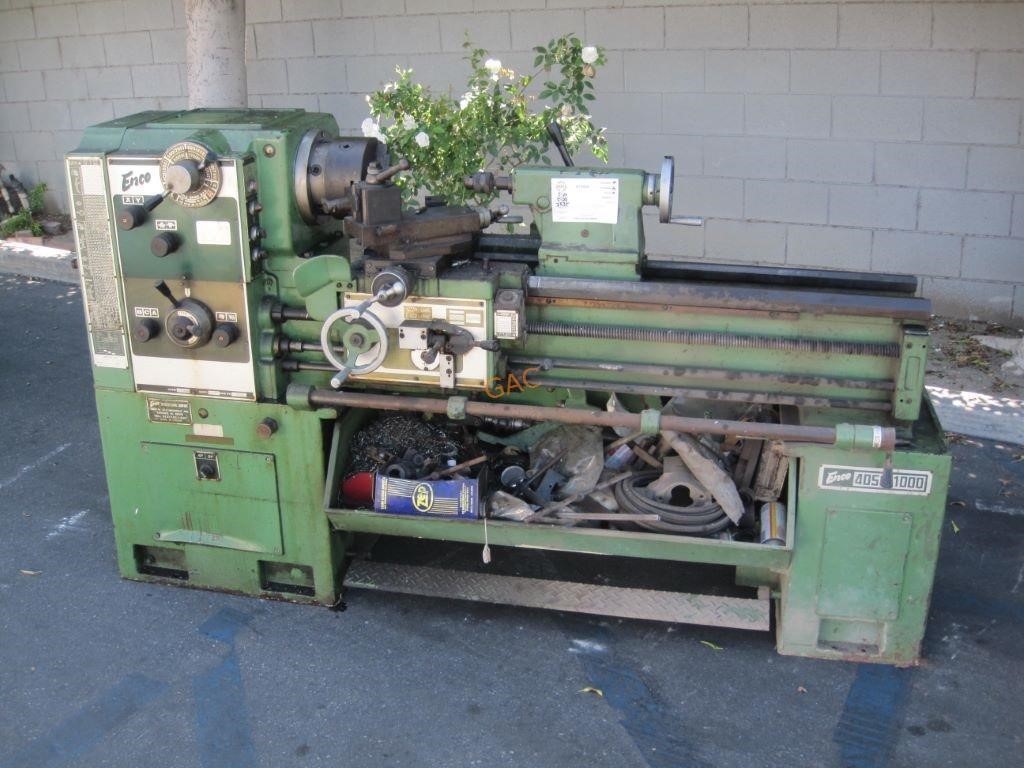 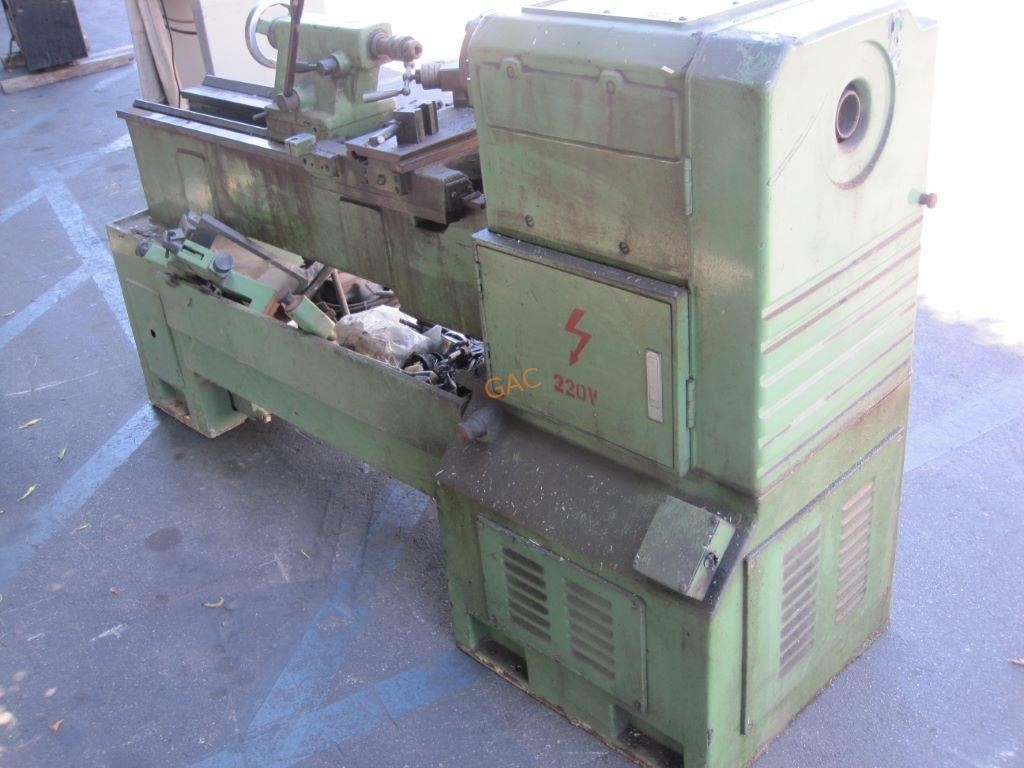 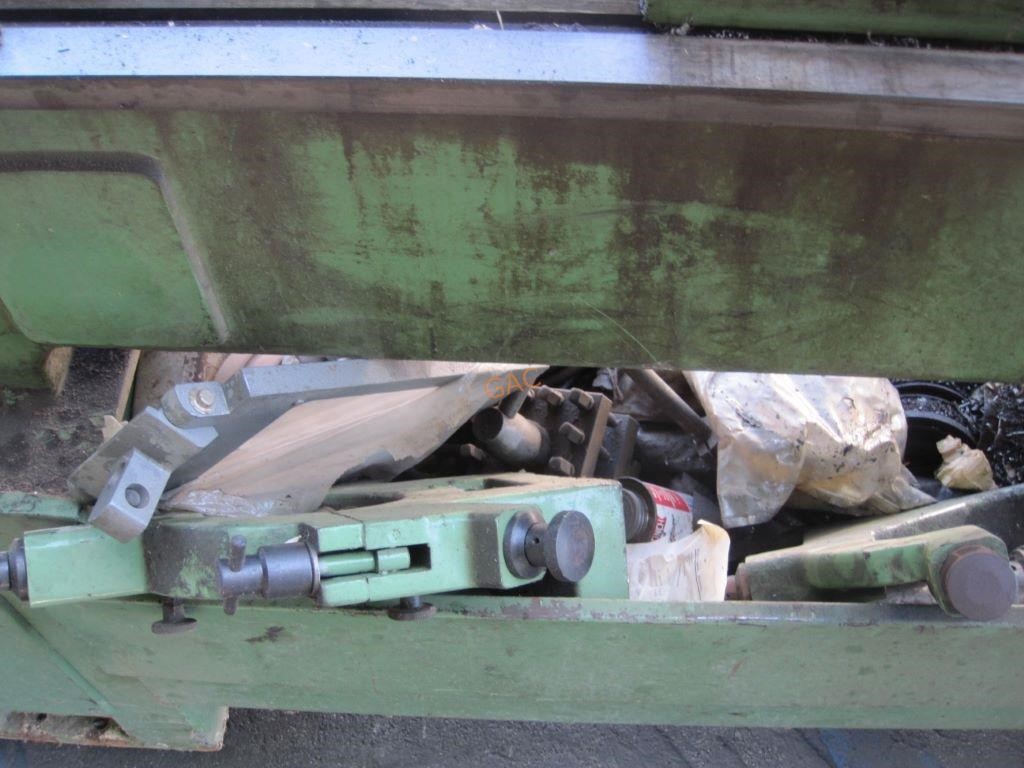 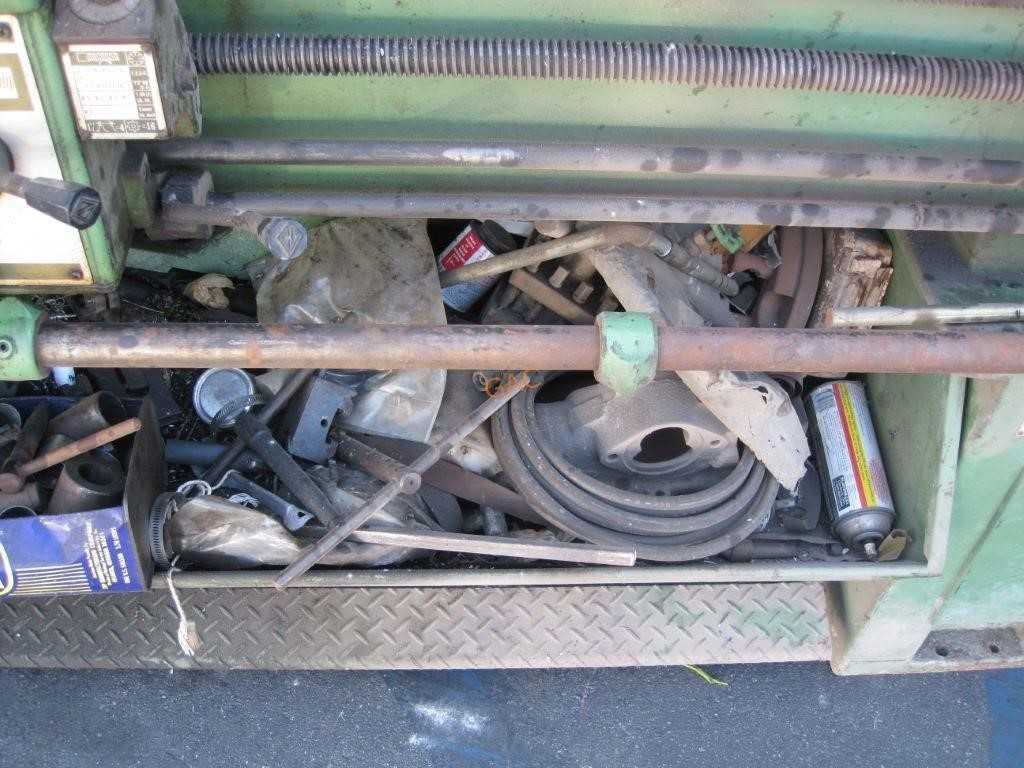 Yes looks very familiar. How long has it been sitting? mine was for many years. I am glad that I disassembled the carriage and apron, most of the oil galleys were clogged with what used to be oil.... I think. Besides , as my friend said "No better way to get to know your machine"
I'm no machinist, and I guarantee the people that ran mine weren't either. some of the things I found wrong with mine were inexcusable.
Good luck and keep us posted, I am looking forward to seeing your progress. BTW Now I'm motivated to get mine running before you do.

Nice lathe it has the feed kick off on it too. Great feature even for threading.
You must log in or register to reply here.
Share:
Facebook Twitter Reddit Pinterest Tumblr WhatsApp Email Share Link
It can take up to an hour for ads to appear on the page. See our code implementation guide for more details. If you already have Auto ad code on your pages there's no need to replace it with this code
Top
AdBlock Detected