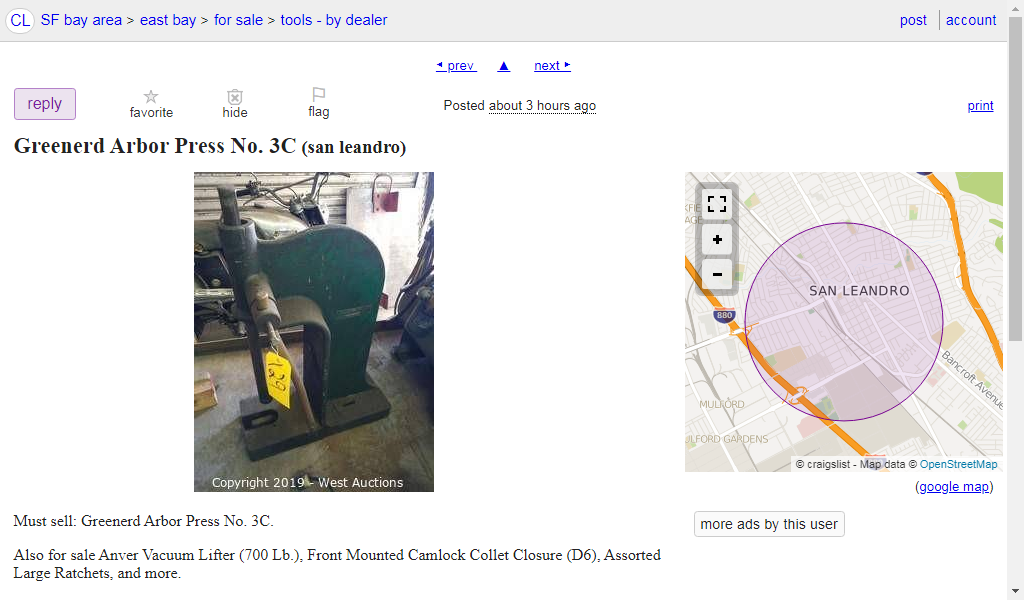 Greenerd's are good arbor presses. I've had a model 3B in the shop for about 20 years. Mine came out of one of the company shops that were closed down. It originally went to a co worker. After a couple years setting in the corner of his garage he asked if I'd be interested in it. I ended up trading him an older Toro side discharge mower for the press.

Keep in mind they aren't light the model 3B with the lever handle weighs 335 lbs. It's the lightest of the 3B series. 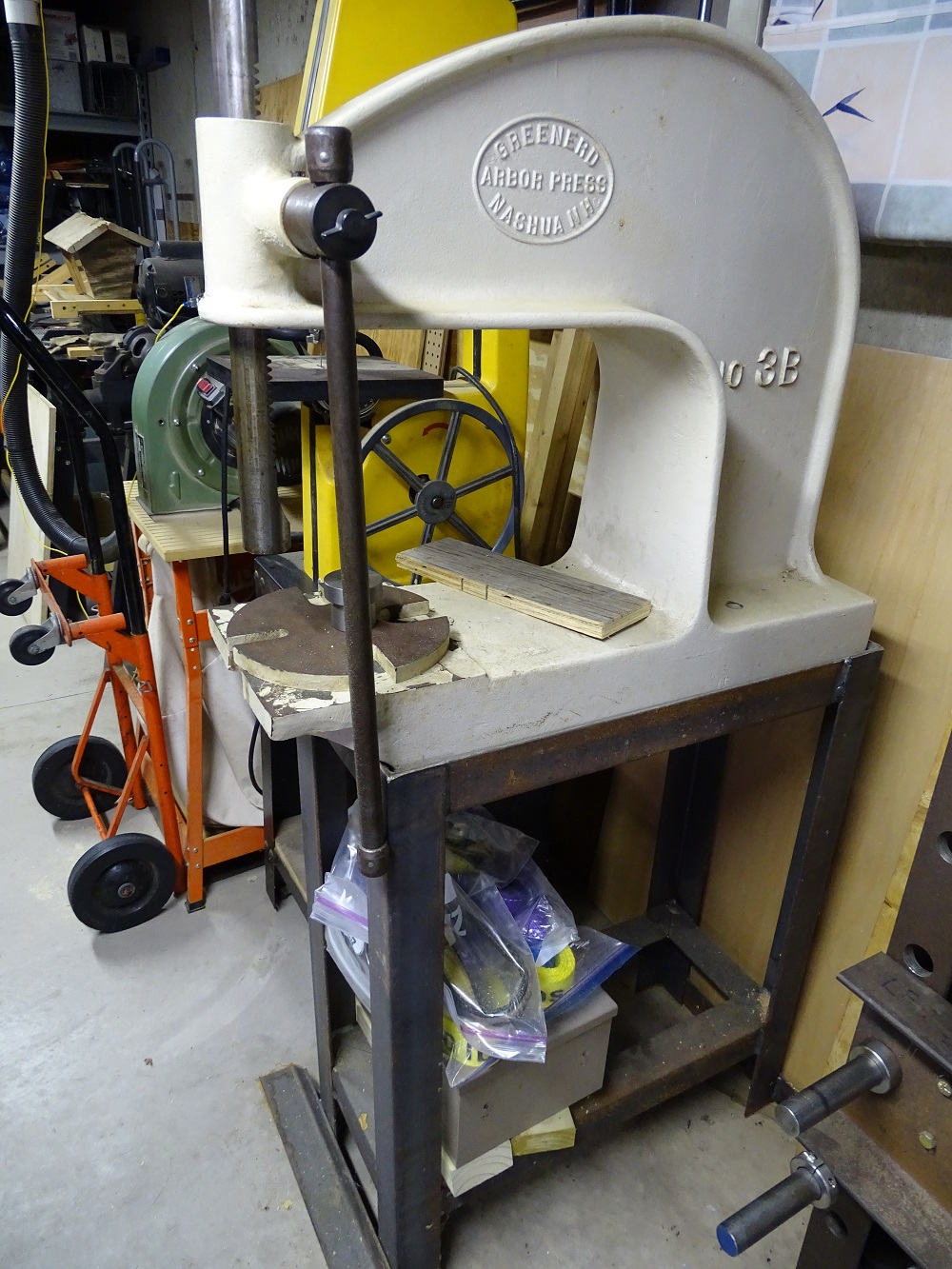 Nice deep throat on yours.