Ive got an old L1 chuck'ed Hendey lathe. The 4 jaw is worn out. Like really worn out. I want to replace it . I have a 3 jaw Bison that works great but I need an adjustable 4 jaw for barrel threading work which I dont do often but do do occasionaly. I was looking at a Bison 4 jaw since they seem to be the only company that has them ready to go $1400 which stings . Unfortunately they are not available off the shelf. No one else besides Pratt makes an off the shelf unit and those are about double the cost. I dont know enough about chucks to know whats compatible if I want to buy a generic 4 jaw independent and match it up to a L-1 mounting adapter.

You will likely have to get the chuck and backing plate separately. The hard part will probably be finding an L-1 backing plate. You might find it easier (more economical) to modify a face/drive plate to fit the chuck you get. They're not giving those away, either. 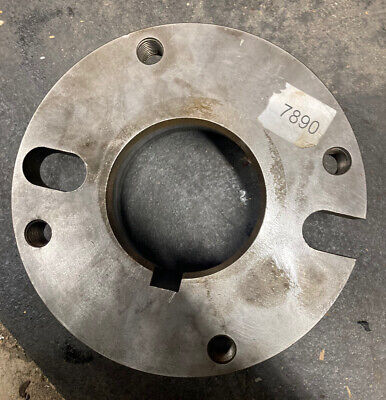 Here's a blank adapter plate that turned up. 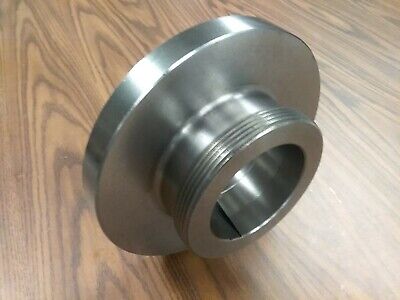 I've been very happy with my Sanou (Chinese) 4-jaw, but it did require lapping the jaws to make them move more freely.
Last edited: May 20, 2022

Well I bit the bullet and ordered up a kalamazoo chuck. Ouch. That hurt.
E

One nice thing is that as long as you get a plain backing plate with enough 'meat' on it to cut anything resembling a register, you don't have to be that accurate of a machinist for a 4 jaw independent chuck. So

There IS a guy in the Portland Oregon area that seems to have collected a bunch of old lathe parts (https://portland.craigslist.org/mlt/tls/d/portland-lathe-chuck-mounting-plates/7473734796.html) and sometimes advertises L1 chucks, so you might have good luck prodding him!
E

Looking into my purchase history, it appears I bought at least one from that guy, which I believe I was happy with (I only had 1 bad one, and I think it was a 'gator' brand).
You must log in or register to reply here.
Share:
Facebook Twitter Reddit Pinterest Tumblr WhatsApp Email Share Link
It can take up to an hour for ads to appear on the page. See our code implementation guide for more details. If you already have Auto ad code on your pages there's no need to replace it with this code
Top
AdBlock Detected