The Lantern Chuck shown is not my design. It was modeled after a Lantern Chuck from Model-Engineer in the UK which in turn may have originated from information gleaned from Tubal Cain’s Book, “Work holding in the Lathe”.

There were no drawings for this tool only two photos’ showing a general layout of the tool. I first started by preparing a CAD drawing to determine the general proportions and size of the chuck.

There are two differences in the originators version and the one that I completed. First mine has a 1” diameter shank on the arbor to mount it in a 5C collet, on the original the arbor is married which looks to be a 3C collet. I wanted a more positive method of driving the fasteners to be modified so I incorporated a ¼” hex socket which will accept most all driver bits, phillips, hex, torx, etc. The two main portions of the tool are machined from 1018 CRS Hex and Rod with brass being used for the nose bushings.
This tool is probably more useful for the model builder to more precisely modify screws than for the average hobby machinist. I guess one could continue to use a hacksaw, grinder and file to shorten and modify fasteners. This version will handle fasteners from #6 up to ¼” diameter. In the future I plan on making are larger version to manage fasteners of 5/16” and up but once again will have to start with a CAD drawing to determine the appropriate size for the tool. 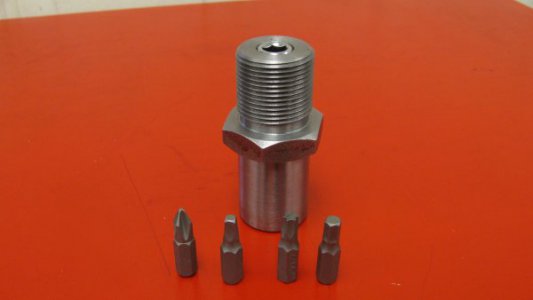 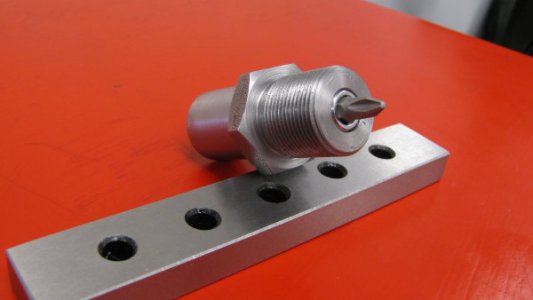 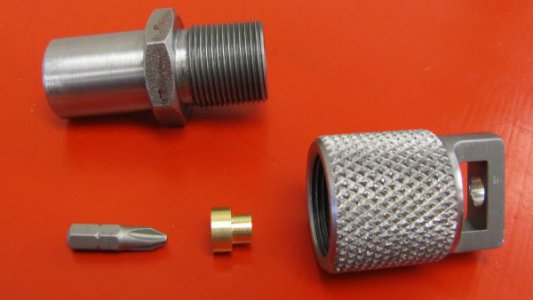 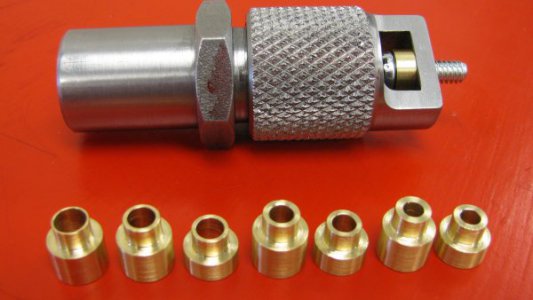 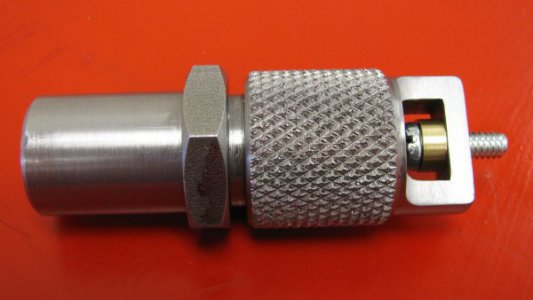 What a beautiful and useful tool. I could see guys who work on firearms or restore things finding a good use for one too.
S

Rootpass, thanks for the positive comments. It was a lot of fun to machine and works great. Never thought of the firearms angle and I agree it would probably be useful there as well. Once again thanks.

Great idea, thanks for presenting it here!
-brino
T

shelly142 said:
Rootpass, thanks for the positive comments. It was a lot of fun to machine and works great. Never thought of the firearms angle and I agree it would probably be useful there as well. Once again thanks.
Click to expand...

Looks especially useful for cutting new scope base mounting screws which need to be cut to a very precise length.
Inspiring, gonna make me one for sure.
T

Looks good. Gonna have to add it to the list of projects.

Thank You one and all for the positive comments. Happy to share ideas and solutions.

You've inspired me. Started drawing one up this aft.

Maybe these will help and save you some time.

Thanks for the drawing !
Followed it loosely using what I had in the scrap pile. Need to make a few more bushings but ran out of 1/2 inch brass. 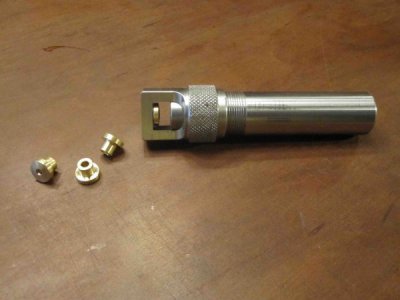 Greg,
Excellent. Looks like that will get the job done.
Phil
You must log in or register to reply here.
Share:
Facebook Twitter Reddit Pinterest Tumblr WhatsApp Email Link
It can take up to an hour for ads to appear on the page. See our code implementation guide for more details. If you already have Auto ad code on your pages there's no need to replace it with this code
Top
AdBlock Detected