There aren't that many of them out there, but it might be nice to have since I have one.
T

I have two linleys. I use mine all the time. Do you have all the collets? How about the power downfeed?
M

I have a Linley jig borer to. Mine has the manual down feed ,great machine.

When I was a "post-doc" researcher at the NASA Goddard Institute for Space Studies in NYC in the 80's we bought one specifically to build tiny waveguide components for use on radio telescopes. Frequently devices were toleranced to +/- 0.0001" with features that were on the scale of 0.010 to 0.020". The guy who ran the machine was a magician.

I have a Linley Jig Borer that I recently got home safe to the garage. Any advice on where to find references about these machines? I'd love to get my hands on a good book for the novice so I can begin to understand what I have and where to start. I'll try to post pics.

Also, if anybody could look at picture #6 and tell me if I have all of the collets?

Final picture is of the wrecker hoisting the machine out of our trailer and to the ground so I can unbolt the pallet I made to ship it on. My Dad is in the background supervising, LOL. 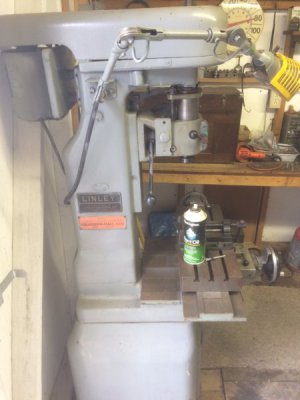 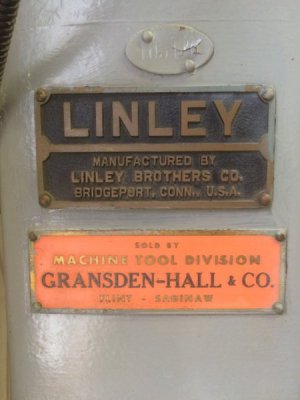 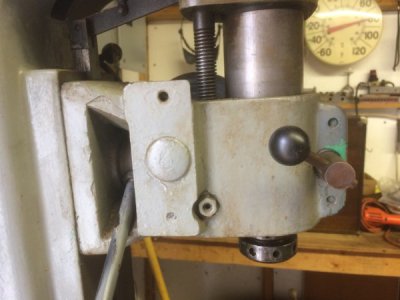 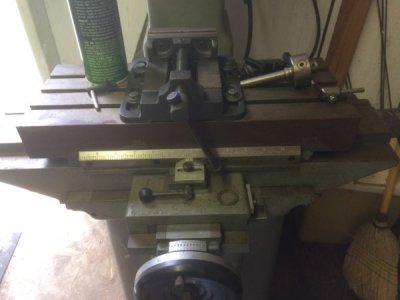 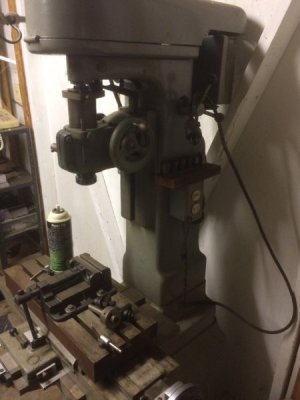 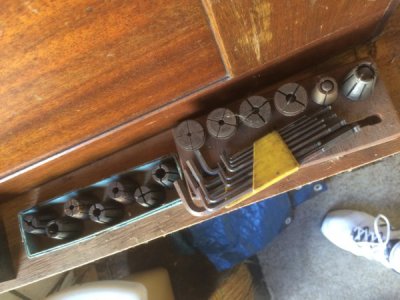 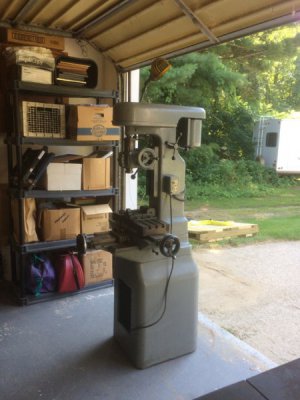 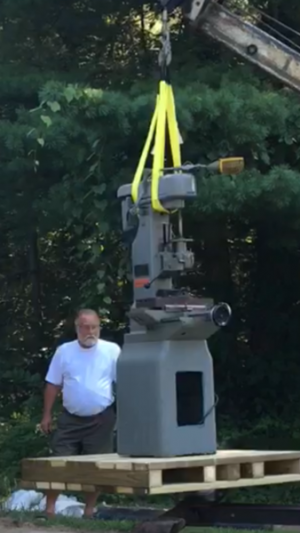 Looks like you have a different model than I do. Mine has different collets.

I have a manual somewhere, there is also info at lathes.uk

One thing to keep in mind is that these are jig bores and can only do very light milling.

If you take too big a cut you can damage the spindle.

I'm heading out to my Astronomy club right now, but I can add more details later

I did some research, and it appears that the collets I have are Mk. 1A type. It looks like I actually have a Mk. 1A without the down-travel power-feed after reviewing the below site.

"Collets were held in the quill by a compression nut on the nose - and could be had in sizes from 1/8" to 1/2" in increments of 1/32". Early collets were of the ordinary split-from-one-end type, which limited the machine's usefulness as a light-duty vertical miller, the sideways forces on the cutters causing them to work loose unless only the most judicious of cuts was taken; in what must have been a recognition of the fact that so tempting a small machine would (unless locked in a strong-room) inevitably be pressing into service for other than boring accurate holes, Linley equipped the Mk. 1A with the vastly-superior Schaublin Type ESX collet; this type had slits running from both ends and was specially designed to provided a secure grip on the shanks of small cutters.
Linley had offered a down-travel-only power-feed head as an optional extra for some time, but with the coming of the 1A it was made standard - though, no doubt, they would not have refused to sell a machine without and not all 1As may be so equipped." 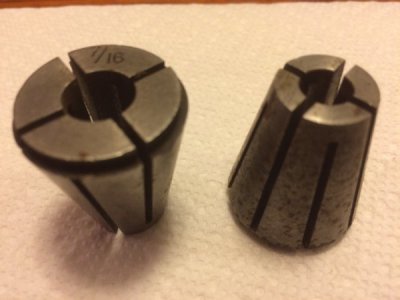 I looked at one 10 years ago. Didn't have the cash.
Still regret it...
Attached is what I have. Perhaps it's helpful.
If it is, then perhaps someone knows how to convert it to a pdf and can repost. 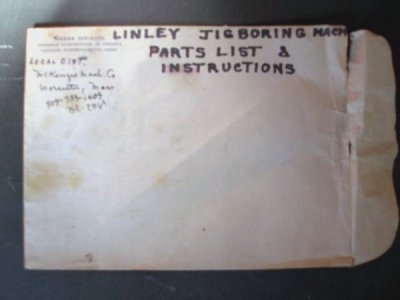 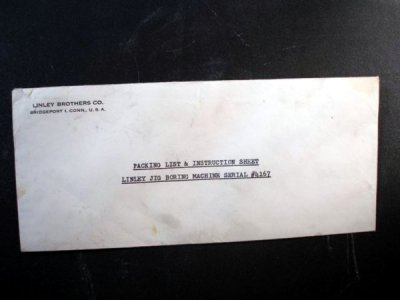 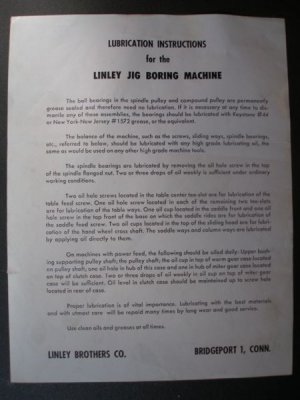 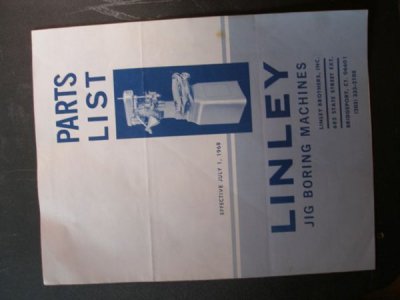 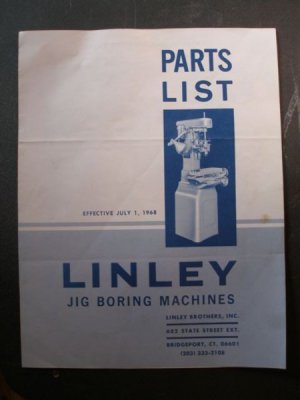 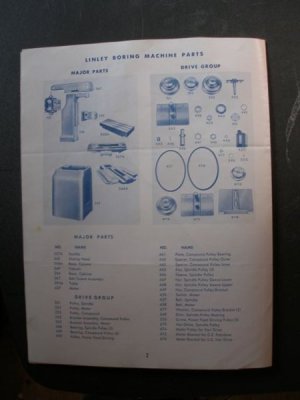 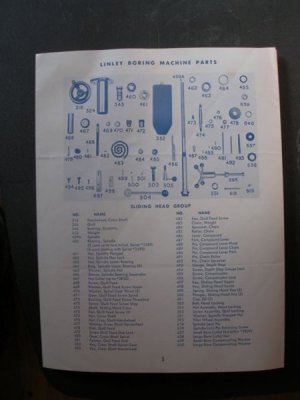 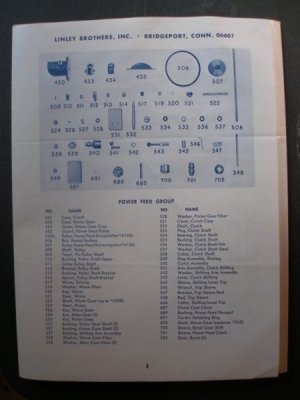 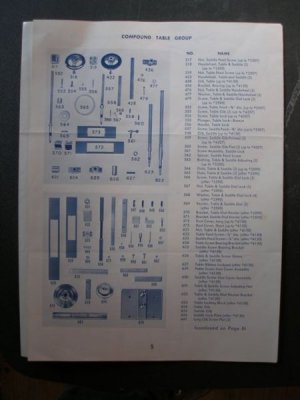 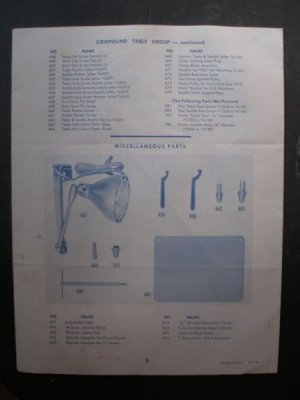 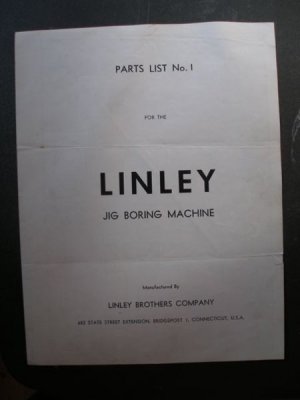 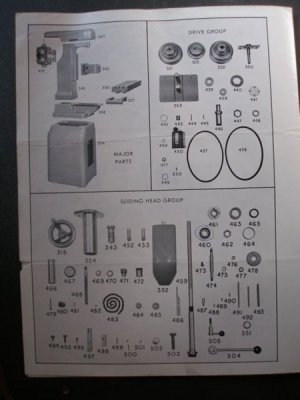 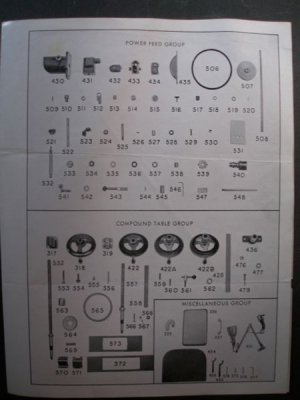 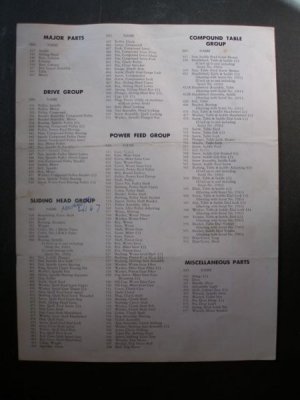 Thanks Uglydog the pictures and catalog pdf are very helpful and more complete than what came with the machine.
You must log in or register to reply here.
Share:
Facebook Twitter Reddit Pinterest Tumblr WhatsApp Email Link
It can take up to an hour for ads to appear on the page. See our code implementation guide for more details. If you already have Auto ad code on your pages there's no need to replace it with this code
Top
AdBlock Detected