Here's how the switch is wired. In these pics, F is black, R is green, common is red and neutral safety is blue. Bill

Nightshift said:
Karl, the other two wires on the rotary F/C/R switch are for neutral safety. You wire them so you can't energize with the rotary switch in either F or R. Bill
Click to expand...

BINGO! wire this ahead of the reset button. Machine will not reset unless in neutral.

You got it. Easy-peasy.

My 52 10EE has been working great until last week. Originally switched out the MG 30 yrs ago to a Boston Gear Ratiotrol using original 3hp Reliance DC motor. Now when I energize the control, it comes on but will suddenly just die. Then its hard to start again. Think the controller has something frying and since its all electronic I can't troubleshoot. Soooo ... I noticed your thread on PM (along with the BS) and followed you here cause I need to re-do everything similar. I already have a 5hp 3-phase 1740 rpm induction motor. Its a cheap china motor so I'm not sure if I should use it or not. And I need to get a large enough VFD to run the motor from single phase. I was initially thinking of making a plate to join the new motor with the backgear but since I haven't used the backgear in 30 yrs I might just follow your lead and take it out also. Bill

1. what ohm pot (5 turn?) for your speed control? I like your setup to use original speed knob.
2. tell me about your pulley sizes. I'll determine my belt lengths once I decide what motor I'm using.

found a lower frequency set point A 62. Set it to slowest speed.


SORRY TO NOT KNOW HOW TO DELETE UNEEDED PIC BELOW.

1. what ohm pot (5 turn?) for your speed control? I like your setup to use original speed knob.
2. tell me about your pulley sizes. I'll determine my belt lengths once I decide what motor I'm using.

As far as speed pots I have two that I recommend based on their construction and durability (something like 10 million turns). The ohms depends on the VFD, most do fines with 1K, 2K or 5K linear.
3 Turn Wire-wound Potentiometer ETI MW22B-3-5K 5% 1W 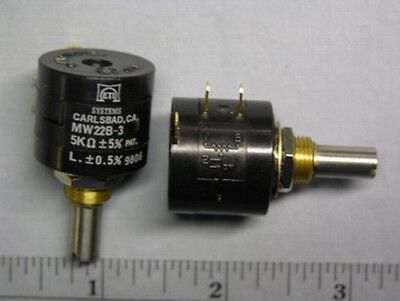 VFD's, hard to go wrong with the Hitachi WJ200 for price, performance and durability. I would go with an inverter vector motor, the speed range is much wider, and really a requirement if one does not have a back gear (low range gearbox).

Source or sink is not an issue unless you use logic diodes which only conduct in one direction. These are sometimes needed in particular with the WJ200 for the jog function which requires activation of the jog programmed input and a direction input at the same time. So one either needs to use two switch blocks on the jog button or a single switch block with a direction diode.

Typically I do not have the E-Stop kill power to the VFD, I have it disconnect the P24/L going to the run inputs and one can also do the STO mode. VFD's if turned off and then turned back on in less than 5 minutes (frequent on/off cycles) will cause failure of the VFD sooner (start relay which decrease the input surge and the capacitors). If you only use the E-Stop to completely shut down the VFD infrequently, then fine to cut power, per the programming it uses the regenerative energy to help in braking, but it is not as quick as when it is powered.

Issue with using an E-Stop to interrupt the run inputs, is upon release of the E-Stop (if the VFD is powered) and you have an active run command the VFD will restart. Using something like the STO inputs there are programming parameters that will prevent this, but one must know how to program all the inputs. In addition when using the STO inputs it basically shuts down the VFD output section so when activated you do not have any active braking (motor stops with no braking). Reason that I use a power latching relay as opposed to an VFD power input contactor. Just how I do my systems for a hobbyist setting.

BLUE CHIPS IN THE PAN, MIRROR FINISH ON PART.

Put a whole bunch of chips in the pan at reasonable speeds and feeds. this machine is tight and SWEEEEEEET!

It is balky on engaging threading - bet this has not been done in a coons age. needs looking in to but not right away.

Next I am installing an Acurite DRO - best one made.
You must log in or register to reply here.
Share:
Facebook Twitter Reddit Pinterest Tumblr WhatsApp Email Share Link
It can take up to an hour for ads to appear on the page. See our code implementation guide for more details. If you already have Auto ad code on your pages there's no need to replace it with this code
Top
AdBlock Detected