BROCKWOOD said:
"So, you've decided to redesign the whole thing?" Them's fighting words to me even if coming from a stranger. My response? No Sir. I don't have time for that.
Click to expand...

LOL! The last company I worked for was my last wage slave tour and it was almost like dying. You know where your whole life flashes before you, but in this case it was my whole career as a mechanic and always totally divorced from the design of the things I was tasked to work on and somehow make a living from that. So here I was in the belly of the beast so to speak working for the very outfit that I'd been working on their equipment and in many cases cussing their stupid machines.

But I was lucky to get to fix something that I had experience on that literally nobody in this huge company had a clue about. And got to work with the two engineers who appreciated me and I them. But it was an insight into that world I never would have gotten.

One of the things that really sunk in for me is I don’t really operate creatively in the digital world. My excuse is creativity is right brain and the whole computer thing like Brino so aptly described is so left brain. I don’t switch hemispheres quickly or easily.

So my hats off to those that can somehow hold that idea in their head and go through all the contortions(for me) of dealing with a program that I’m sure is made by a totally left brain engineer for left brain kinda people.
T

A left handed machine like that is a bugger.

Ours came with great table and vtrac machine but left handed.

Flip over like above makes it right handed maybe.

We found A barrel of machines in the basement of an antique store in Bakersfield and found identical to ours but right hand complete for 10 bucks.

Same model we used in high school so.e time back.

Sent from my SM-G781V using Tapatalk
B

This part is done. Now on to folding up sheet metal for clamp set extras! 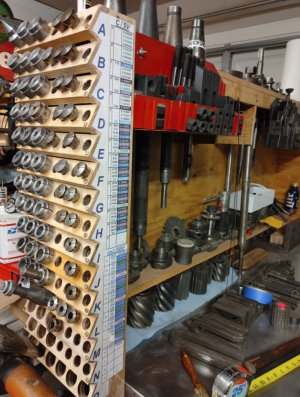 So, this is a wrap on this project. Folded up my kit for tool clamp extras. Pics should be enough to justify something better than clamping between arbitrary pieces of steel & forming with a hammer. 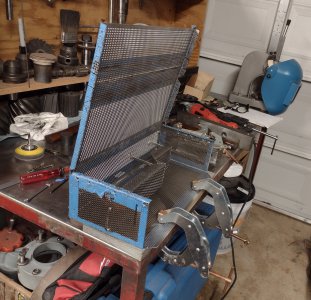 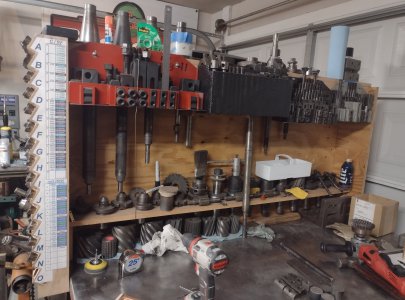 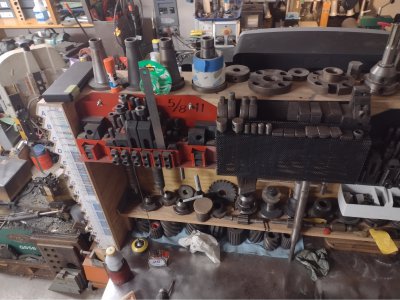 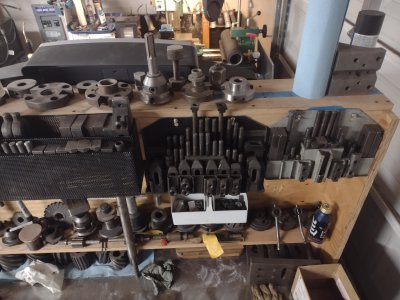 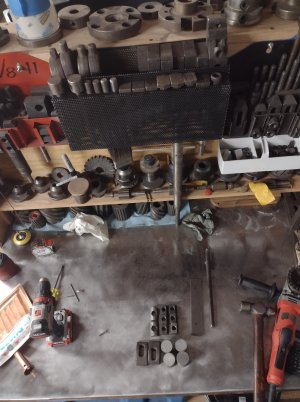 my first look, I thought the box was much bigger, took me a few to realize it was the black box. Nicely done, I like the stepped risers.
your shop looks well organized.
You must log in or register to reply here.
Share:
Facebook Twitter Reddit Pinterest Tumblr WhatsApp Email Share Link
It can take up to an hour for ads to appear on the page. See our code implementation guide for more details. If you already have Auto ad code on your pages there's no need to replace it with this code
Top
AdBlock Detected