I just got this home yesterday finding out about it. Seems like a good machine for the garage. I go back and forth between cleaning it and painting it. 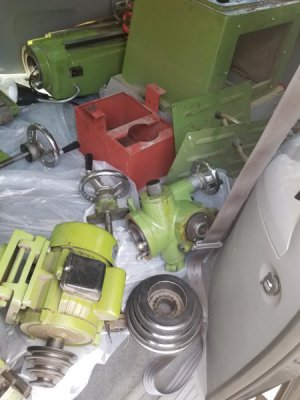 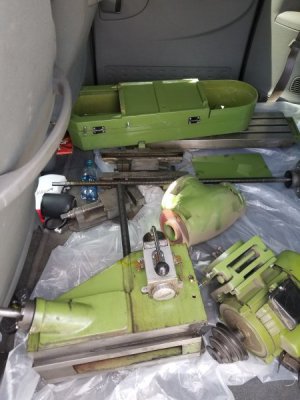 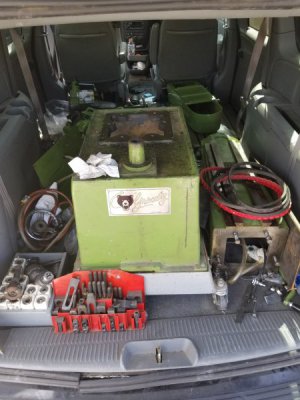 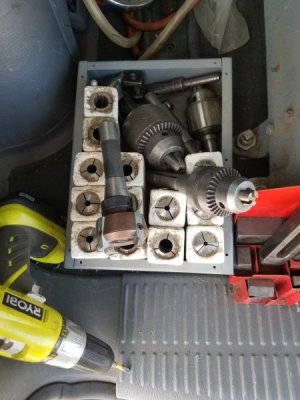 Since you asked what do we think, I have to say - it should serve you well. 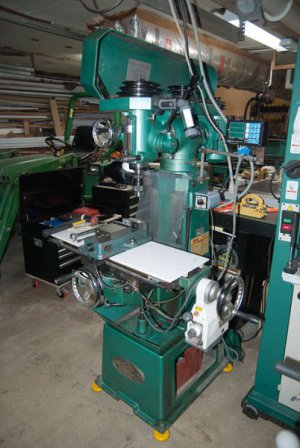 My one-shot lubrication pump had broken lens and cover. I was able to clean the inside and replaced the broken parts so now working again. 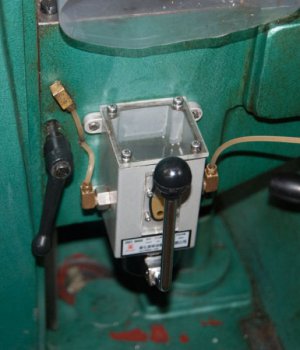 I recently moved the switch so it was easier to reach. At times the original location was lower than the table and so not easy to reach.

I made a bracket out of wood to move this higher and 90 deg, the 90 deg was just to be able to screw this in the new location. 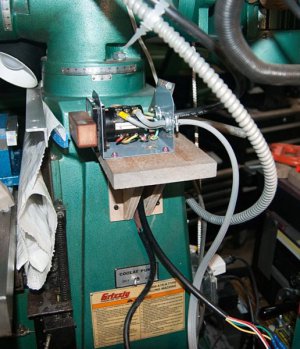 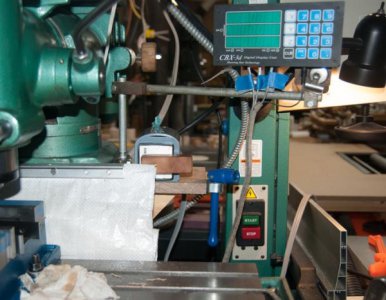 My G1008 machine has a mix of metric and imperial hardware, just FYI so you do not scatch your head when a metric wrench does not seem to fit - that screw or bolt head may be imperial.
D

I found out about the metric vs standard yesterday when I picked it up. Being made in Taiwan I figured it would all be metric so that is all I brought. 90% was standard and luckily the gut had a full toolbox.

Any recommendation for a good inexpensive DRD add on?
D

Djnagle said:
Any recommendation for a good inexpensive DRD add on?
Click to expand...

My mill has a CBX DRO from Shooting Star Technologies. Bare bones functionality but it works well. Not so cheap these days.

A number of threads on the forum about DRO recommendations/opinions. A couple of examples.

DRO on the lathe
D

Thanks for the links. About paint from Grizzly: I talked to a service tech and he said they no longer sell that older green paint but I just got a reply from an email i sent before talking to the tech saying the part number for the paint Is PPAINT-3.

Who do I believe? Or am I better of taking a clean part that has good paint to my local Sherwin-Williams store and have them match the paint.
W

Little machine shop tells you what green grizzly uses. You can get it from some hardware stores. I found it at one ace hardware around here. Here is their link.. https://littlemachineshop.com/reference/paint.php
D

Thanks Warren. I looked into that and their paint is for the newer machines unfortunately.
W

Oh, Have you tried calling the parts ordering number and ordering that part number from Grizzly? Who knows maybe they have one sitting in stock. I would try just ordering it to see what happens. You never know.
D

I am sitting in the Sherwin-Williams store waiting for my paint to be mixed. I'll let you all know how it looks compared to the original.
D

I'll post pic tonight but they match the color perfectly so in 20 minutes i walked out with a quart of Grizzly Machine Green for $22.
You must log in or register to reply here.
Share:
Facebook Twitter Reddit Pinterest Tumblr WhatsApp Email Link
It can take up to an hour for ads to appear on the page. See our code implementation guide for more details. If you already have Auto ad code on your pages there's no need to replace it with this code
Top
AdBlock Detected