No one is into rc

January Outage Notice
H-M experienced a site wide outage on January 23. To the best of our knowledge, the site has been restored up to January 1, 2020. Please re-post any threads, posts, and photos from between that period of time. Please rejoin the forum if you joined during that time. Sorry for the inconvenience, thank you for your understanding.

pgk,
The original radio is a console the size of a toolbox and has to be plugged into a wall. If you feel brave and have a fire extinguisher handy, you are welcome to try plugging it in LOL! For now I'm using a DX6i.

Hahahaha I kind of figured that was the direction you were going! Oh, and no thanks on plugging that console in.. LOL

Here are the last two remaining models I have. I used to fly model airplanes all the time until I started to get near sighted and loose fine detail out at distances. I started dumping planes into the dirt because I had trouble figuring out if they were banking left or right when the sun would hit them in certain ways. 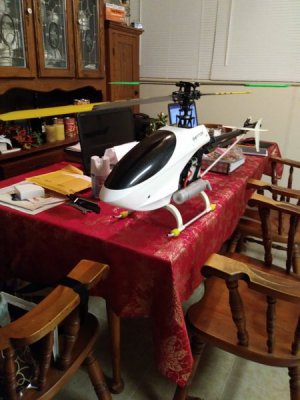 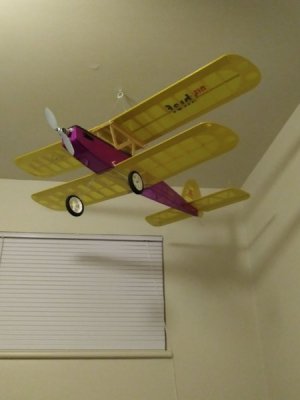 Hi Jake.
You could do what I do - wear glasses ;-)
Cheers
Erik

rcflier said:
Hi Jake.
You could do what I do - wear glasses ;-)
Cheers
Erik
Click to expand...

Or do what I'm doing - get bigger planes!

ScrapMetal said:
Or do what I'm doing - get bigger planes!

That reminds me of out annual model plane gathering over at Wright Patterson AFB. There was this guy that had a 3/4" scale Edge 540. He was not allowed to fly it because it was too big, but he did fire it up and run it for a minute or so. The engine was a 4 cylinder, 1000cc two stroke engine. I think it produced something like 400 lbs of thrust. It was insane.

I still have a rc10 buggy somewhere, but always wanted to make a styrofoam fishing boat with real down riggers

Jake2465 said:
That reminds me of out annual model plane gathering over at Wright Patterson AFB. There was this guy that had a 3/4" scale Edge 540. He was not allowed to fly it because it was too big, but he did fire it up and run it for a minute or so. The engine was a 4 cylinder, 1000cc two stroke engine. I think it produced something like 400 lbs of thrust. It was insane.
Click to expand...

Wow! That would have been a sight to see. At some point a when building a 3/4 scale a guy has to start to wonder if it wouldn't make more sense to refurb and RC a full size bird?

I've had an RC lawnmower in mind too. Some day I'll have the time, too busy mowing the lawn for now. I was thinking about maybe RC plus GPS guidance... RC to drive it to the patch of grass, GPS to do the rest.

Just noticed this forum. I'm into RC fixed wing. Not much machining involved in planes but I do make muffler adaptors and motor mounts occasionally. 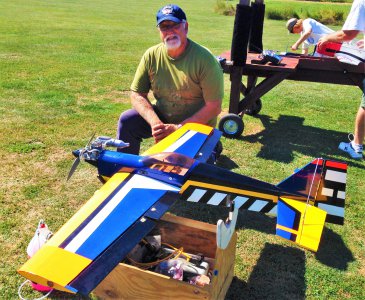 epanzella said:
Not much machining involved in planes
Click to expand...

That is until one starts to make his own engines !!

Jake2465 said:
That is until one starts to make his own engines !!
Click to expand...

HA! Even if I had the capability (which I don't) I would never fly a plane with the kind of investment that a shop built engine would entail. My motto is never fly a plane you can't afford to crash. There's a lot of electronics in a plane (transmitter, receiver, half dozen servos) any one of which can make your plane do a figure 9. I have a biplane that I've been flying 20 times a season for 5 years without incident and I have another plane that has had 3 crashes do to various equipment failures in one season. Chinese electronics are a crap shoot.

I am into RC anything that will fly. My smallest RC plane has a 9 inch wingspan and weighs less than one ounce flying weight,. My smallest heli is a 6 inch rotor dia that I have flown in the house many times. at the other end of the spectrum I have a big plane with a 62cc gas engine, another that has a real jet turbine engine, and another that I am still building that should have a top speed in level flight of around 250 MPH, faster coming out of a dive.
If it flies I am interested.

Making custom pats for all these flying contraptions is what originally got me into machining. Why buy a part off the shelf for a buck when you can spend a week making it yourself for $20?????

Flyinfool said:
Making custom pats for all these flying contraptions is what originally got me into machining. Why buy a part off the shelf for a buck when you can spend a week making it yourself for $20?????
Click to expand...

Another 'RC led me down this path...' story.

I originally got into machining because I was a gearhead. Having some one else make my driveshafts, motormounts, suspension bushings, ect off site proved to be too expensive and prone to producing parts that had to be redone. I also make a lot of specialty tools like the set I needed to rebuild my outboard motor lower unit. Yamaha wanted $800 and I built them after a $50 trip to the scrap yard. And, of course, I love building rifles.

I fly small (<1200mm) foam planes and, 5" quadcopters, but less often. At least once a week I head out to a nearby lot and bash my buggies. RC is good therapy.

My first RC plane was a Junior Falcon, which was a Goldberg balsa kit model. I powered it with a Cox Thimble Drome 0.049 Baby Bee engine. My controls were a single channel Controlaire transmitter paired with a single channel receiver and rubber-band powered escapement which drove the rudder-only control.

After numerous crashes, I finally got the plane to fly. But several successful flights later, the thing got caught in a thermal, yet to be seen again. I had my contact information on the plane and am still waiting for someone to call me and return it. But I am starting to lose hope --- after 59 years.

Before RC, I played around with U-Control planes and tether cars. At least, the tether car never took off on me - it's still around, but needs an engine re-build. 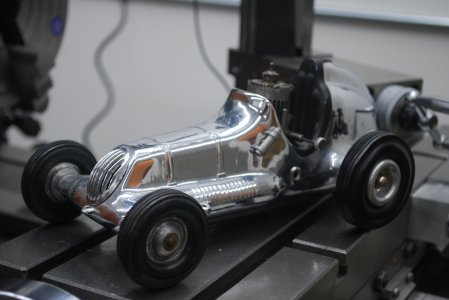 I have two 1/5 scale cars and was competing nationally, my club car is an FG all alloy, the race car is an RS5, I can post a photo or two if anyone is interested. I found that a lathe is great especially when checking straightness of drive shafts etc,
Nick
You must log in or register to reply here.
Share:
Facebook Twitter Reddit Pinterest Tumblr WhatsApp Email Link
It can take up to an hour for ads to appear on the page. See our code implementation guide for more details. If you already have Auto ad code on your pages there's no need to replace it with this code
Top