Register Today
Found these pics of some cool rides. 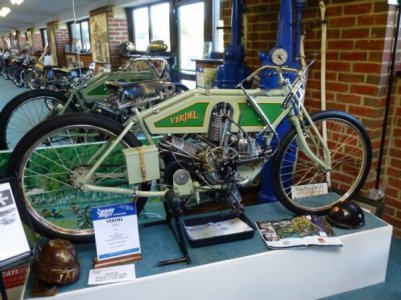 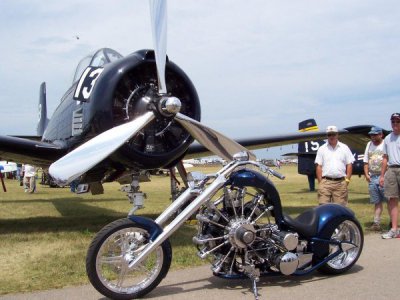 Damn sure got to be careful with your left leg on this one. 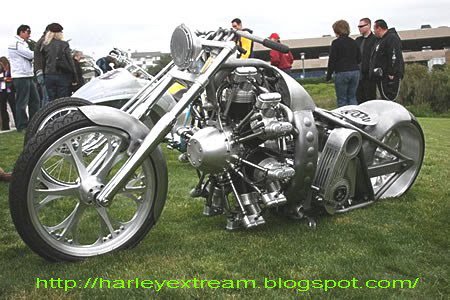 No speed bumps with this ride. 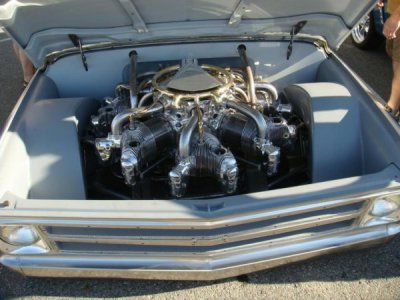 I do not think he even needs a speed bump, Looks like a little gravel could be a bit much, Maybe some skids on the bottom.
F

Register Today
Now this one made me stop and think. 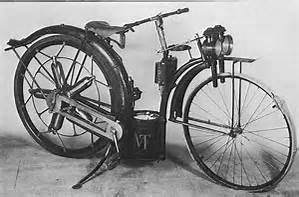 This is a 1912 Millet motorcycle. The cylinders rotate with the wheel.The gas tank is in the rear fender.It is believed to be the first motorcycle to use pneumatic tires.
Here is a GIF of how it works.

They even used this configuration in a few WW1 airplanes.
Felix Theodore Millet designed this motor in 1892.
*G*
Thanks Bing Images , Wikipedia , Demons Cycle and a few more for info in this thread.

Those early Millet engines used castor oil for lubrication and the seals n rings weren't very good.
The pilot, sitting behind that engine, got a heavy dose of caster oil during flight and had to have a fresh pair of unders after landing.
Guess that's the hero's life.

There are two flavors of 'cylinders arranged radially around the crankcase' aircraft engines.

The rotary engine is simpler in theory, but it tends to have much more rotating mass than the radial engine. That increases the gyroscopic effect, but eliminates the need for a flywheel. It could adversely affect the handling of the airplanes it was installed in. On the positive side, they made fantastic power for the weight and displacement, and there was no reciprocating mass. So long as the crankcase and cylinders were balanced, it ran very smoothly. The downside was a near complete loss oiling system, the occasional mishap involving a cylinder departing company with the crankcase, and rather slow throttle response due to the sheer mass of rotating weight it was trying to accelerate or decelerate. And the mess.

The radial engine was the next evolutionary step. More complex, yes, but more reliable as the technology improved and capable of amazing levels of power output. My personal favorite is the Pratt & Whitney R-4360. 28 cylinders, 71 litres displacement, 56 spark plugs, 56 valves. Centrifugal supercharger, and a 2 barrel carburetor that could swallow a small child. Early models made around 3000hp at around 4,000 RPM, delivering around 4000 ft lbs of torque. Later models (some still in use, IIRC) can deliver nearly 4,000 hp by utilizing two huge honkin' turbochargers to force-feed the supercharger. At the same RPM range, the later model engines crank out a bone pulverizing 5,000+ foot pounds of torque.

I've had the incredible fortune to hear one start and run, with the huge dual turbos. It's a pants-crappingly *loud* engine, and even when it settles down into that beautiful loping idle, you can still feel it in your chest. When it's run up, it just gives you goosebumps.
That's one of my favorite memories.

Being an ex-Harley mechanic, I've always been fascinated by radials. They have an air museum on the airport, where my office is about 50' off the taxiway (front row seat). They come idling by and staging for take off before they make the turn onto the runway and crank 'em up. The ground quakes when they take off and they are airborne in about a thousand feet. We have a few multi-engines (bombers) a few single engine (fighters) active radial's around here. I took a tour of Howard Hughes Spruce Goose once too. Very interesting to see a "cut-out" version of the 3,500 HP, 28 cylinder Prat & Whitney's up close. I think the pistons were about 8" wide.

Register Today
That car probably has airbags to lift the body for normal driving. Well, as normal as it gets anyway for a radial engine in a car....

If one is in London England, go to the Science Museum. On the fourth floor, I think, there is a large collection of aircraft engines. Rotary, radial, inline, v-block, and other cylinder based and turbine. Very much hands on. Loved it there and will go back the next time I am across the pond.
Last edited: Oct 10, 2016
G

Register Today
Andre,
That speed bump quote was for the bike above it. Looks like that bottom cylinder head is in the grass.
*G*
G 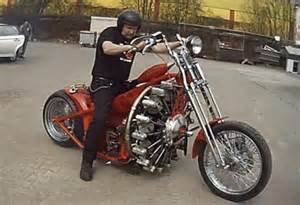 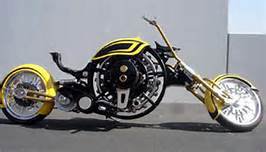 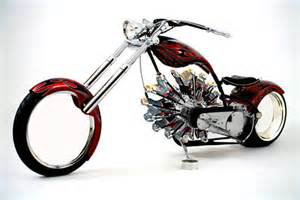 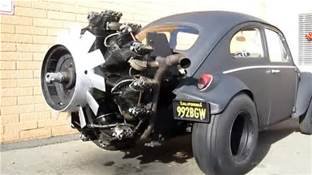 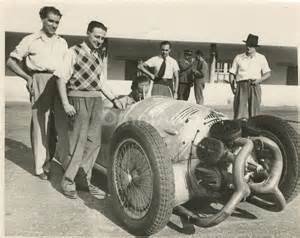 Well, at least that vw is still air cooled.
L

If I recall seeing some tanks in WW2 use radial engines.
B

Register Today
Looking at the Millet with it's direct drive in the rear wheel made me wonder?
Engines of this type are notoriously hard to get a slow tick over. even 500 rpm will be optimistic
So if we assume a standard 26" wheel, my rusty maths make that 38 MPH. !!!!!
It's hard to imagine what the gyroscopic effect of that rotating mass had on the steering as it accelerated ?
It also appears to have a rudimentary form of trailing link suspension at the front with a leaf spring.

When these engines where used in aircraft to get them to slow down the engine was " Bliped " turned of and on,
later models where made to run on alternate cylinders
Oh to be able to go back and just listen to the discussions of those days.
Brian.
G

Register Today
Took a little digging but I found a video of a rotary-radial running.
Cool machine and a nice bit of work.
*G*
B

Register Today
Try this one for size.
I think goggles are the order of the day behind that.
Brian

If you really like old engines of ALL kinds, miniatures, check out the Martin Museum in Carlsbad, CA. The quality they have will make your jaw drop.

Register Today
And another one

Register Today
And one of that VW running.
*G*
G

A little off topic...
However definitely fits a hobby machinists forum:

learn2burn said:
If I recall seeing some tanks in WW2 use radial engines.
Click to expand...