I’m not working on the road this week (so far), I have a couple of work projects that need some shop time and I have some personal stuff I’d like to do,while being on ”Hot Standby” 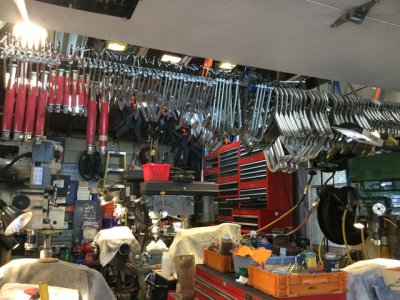 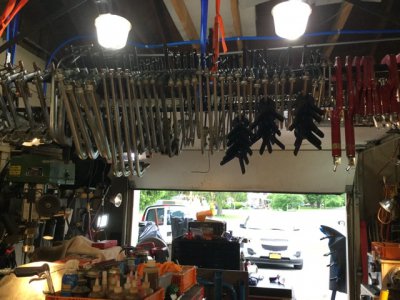 Holy moly that’s a lot of clamps! Almost looks like one of those tricks with two mirrors facing each other — the reflections keep repeating for ever.....

Somewhere between 175 and 200 clamps of various styles, sizes and makes. Many were left overs when my brother closed out his 3 hardware stores and some from factory close downs.

There's a worlwide shortage of clamps, and now we know why!
G

Ok, they say you can’t have too many clamps, which is what I say when the grandkids look up at the ceiling of my shop. But that’s just showing off. Well done.

They are coming today (office is 150 miles from the home shop) to pick up the burner housing, I made for a job in Vermont. I made the housing, the minions will install it and I suppose to direct them on burner start up over the phone, if necessary. The boiler is roughly 30 bhp or about 10gph of #2 oil or 1500 cuft/hr of methane 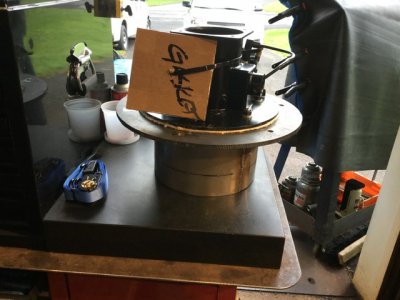 Need more clamps ? I have a few that I could spare also .

mmcmdl said:
Need more clamps ? I have a few that I could spare also .

I’ve been so “Busy”, that I just put he snowblower away (6/28/20), in the shed, its been setting in the driveway under its cover, then a tarp. I final go t sick of seeing the blue tarp, it had to go away.

Holy crap!
Goes to show that hoarders come in all flavors.

All I can tell yo u is, when I go the auction is going to be off the hook (as my grandkids say, massive I say)

Still some what of a lull, but the company had decided to start working on the hand drawn wiring diagrams, for the boiler/burners, I did during the conversions. The CAD guy has returned from his semi-retirement/operation rehab stay, to now render the computer generated as built diagrams, to finish up the jobs. The guy is so smart, he is stupid, many a time I wanted to gut him like a salmon. The owner has compared our relationship to a lit match and a stick of dynamite, if in the same room long enough, something will happen.

example #1 - he wanted me to rewire a boiler, that had just been rewired, because he was extremely upset the wire numbers, did not follow in numerical order. I told him it was wired, and I was not going to change it for two reasons, it was wired to the factory numbering system and it was running perfectly.

example #2 - he truly is a gifted programmer, but can not help himself from trying to reinvent the wheel, on every job. He once did a wiring diagram, that he had another wire the burner to, once it started, it would not shut off, without shutting the power off, to the control cabinet. After about 2 days of dicking around, with no change. I had to go rip out about 75% of the wire and rewire it, so it actually worked. Since then I have to check all diagrams before anyone uses them, and check all as builds for errors or unauthorized changes.

After you do that, do you throw him on the grill?

Nogoingback said:
After you do that, do you throw him on the grill?
Click to expand...

Your stack of toolboxes makes me... uneasy.

Chipsky said:
Your stack of toolboxes makes me... uneasy.
Click to expand...

It's OK, they're secured with clamps...
You must log in or register to reply here.
Share:
Facebook Twitter Reddit Pinterest Tumblr WhatsApp Email Link
It can take up to an hour for ads to appear on the page. See our code implementation guide for more details. If you already have Auto ad code on your pages there's no need to replace it with this code
Top
AdBlock Detected