I took my mate home for dinner after work yesterday, unannounced.
My wife started screaming but my mate just sat there listening.
She went on and on about My hair is not done, the house is a mess, the sinks full of dishes,
I'm not cooking and I'm still in my Pj's, why on earth did you bring him home?
"Well" I said "He's thinking of getting married and I promised him a demo"! 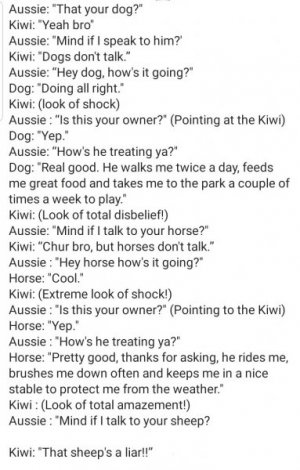 “In my house there's this light switch that doesn't do anything. Every so often I would flick it on and off just to check. Yesterday, I got a call from a woman in Madagascar. She said, 'Cut it out.'” 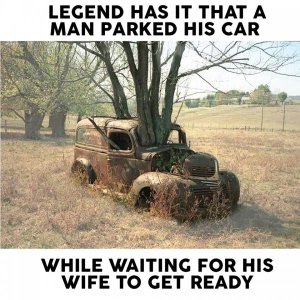 
A Mafia Godfather finds out that his bookkeeper, Guido, has cheated him out of $10 million dollars.

His bookkeeper is deaf. That was the reason he got the job in the first place.
It was assumed that Guido would hear nothing so he would not have to testify in court.
When the Godfather goes to confront Guido about his missing $10 million, he takes along his lawyer who knows sign language.
The Godfather tells the lawyer, "Ask him where the money is!
The lawyer, using sign language, asks Guido, Where's the money?
Guido signs back, "I don't know what you are talking about." The lawyer tells the Godfather, "He says he doesn't know what you are talking about" The Godfather pulls out a pistol, puts it to Guido's head and says, "Ask him again or I'll kill him!"
The lawyer signs to Guido, "He'll kill you if you don't tell him."
Guido trembles and signs back, "OK! You win! The money is in a brown briefcase, buried behind the shed at my cousin Bruno's house.
The Godfather asks the lawyer, "What did he say?"
The lawyer replies, "He says you don't have the ball$ to pull the trigger."
Click to expand... 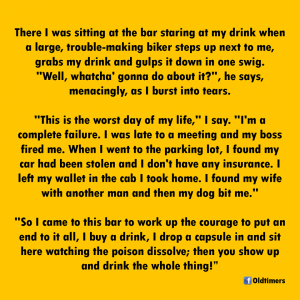 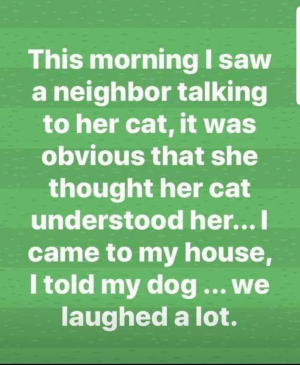 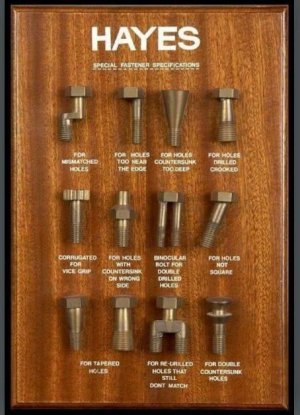 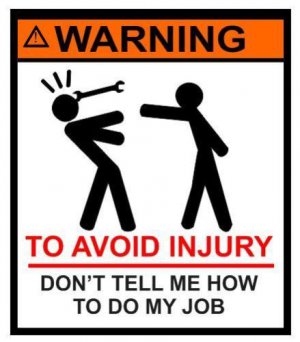 This is definietly me. I'm actually looking into hearing aids. My wife its tired of yelling at me. 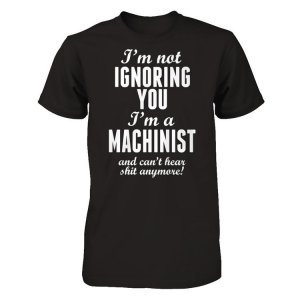 I have been wearing hearing aids for about 20 years now. Between playing LOUD rock and blues in bands, shooting guns, working in heavy equipment and big truck shops, flying loud airplanes (antiques, open cockpits, and homebuilts, all without mufflers or insulation), I guess I have earned it. Flying sailplanes, backpacking in the wilderness, and being quietly retired have not improved things a bit... Hearing aids suck, but they are necessary.

alloy said:
This is definietly me. I'm actually looking into hearing aids. My wife its tired of yelling at me. 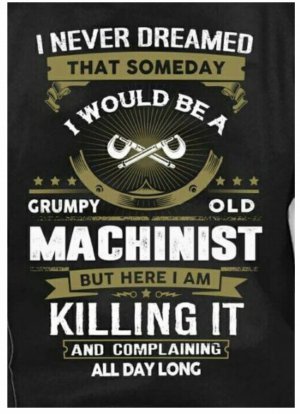 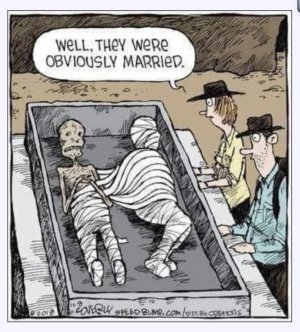 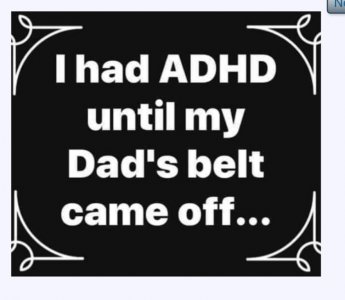 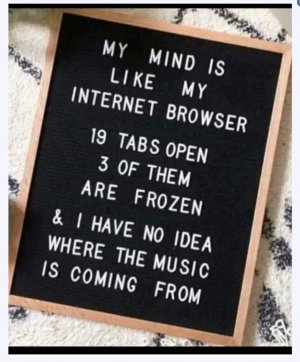 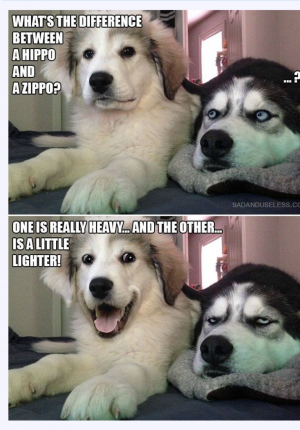 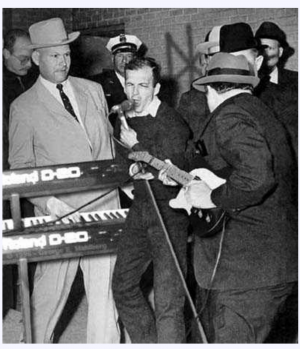 Can you name the band? 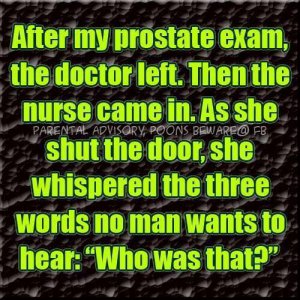 Politically Incorrect to the point of jail time these days, but I truly believe this is a huge part of the problem. 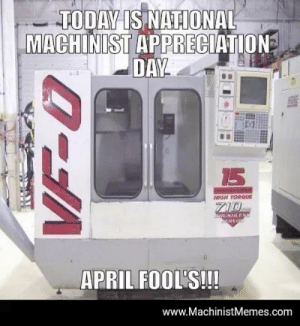 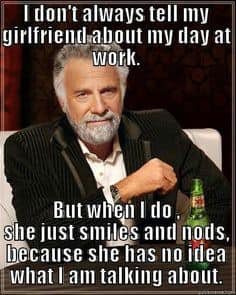 Two young boys walked into a pharmacy one day, picked out a box of tampons and proceeded to the checkout counter.
The pharmacist at the counter asked the older boy, 'Son, how old are you?'
'Eight', the boy replied.
The man continued, 'Do you know what these are used for?'
The boy replied, 'Not exactly, but they aren't for me. They're for him. He's my brother. He's four."
"Oh, really?" the pharmacist replied with a grin.
"Yes." the boy said. "We saw on TV that if you use these, you would be able to swim, play tennis and ride a bike. Right now, he can't do none of those."

A guy was at a dinner party in the middle of winter, and the corn on the cob was outstanding, like it was just picked an hour earlier. He raved to the host and asked where he got fresh corn at that time of year. The host said "That corn was frozen last fall. I learned this new trick of shucking the corn and putting each one in a condom, closing them tightly, and then freezing them."

The next fall the guy bought a couple bushels of fresh corn on Friday after work from a local farmer and then stopped at the drug store on the way home and bought a gross of condoms. The pharmacist looked at him a bit strangely as he paid his money. The guy brought it all home, shucked the corn, put each ear in a condom, closed them tightly, and then stacked them in the freezer neatly in 12 rows of 12. When he got to the top row, he ran out of condoms at 11 in that last row.

On the way to work the following Monday, he stopped as usual at the drug store to have a cup of coffee on his way to work. As he was paying the pharmacist, he said "Hey, by the way, that gross of condoms I bought from you on Friday was short one." And the pharmacist, with a confused look said "Well, I hope I didn't spoil your weekend!"
Last edited: Oct 8, 2019 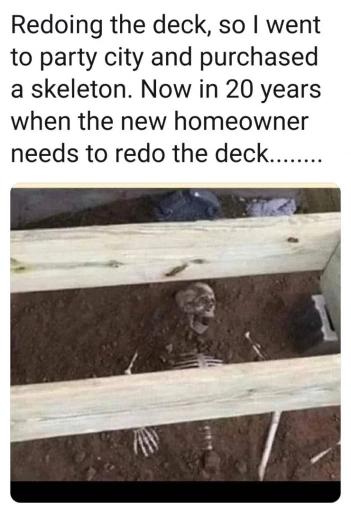 Let's play caption this picture. Should be fun. 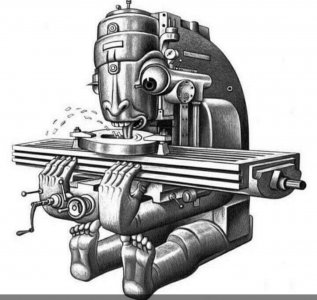 Meso-American God of Machinists
You must log in or register to reply here.
Share:
Facebook Twitter Reddit Pinterest Tumblr WhatsApp Email Link
It can take up to an hour for ads to appear on the page. See our code implementation guide for more details. If you already have Auto ad code on your pages there's no need to replace it with this code
Top
AdBlock Detected