Not as fancy as the ones from Edge Technology, but a pretty simple project and it works great. Don't dread tramming any more. 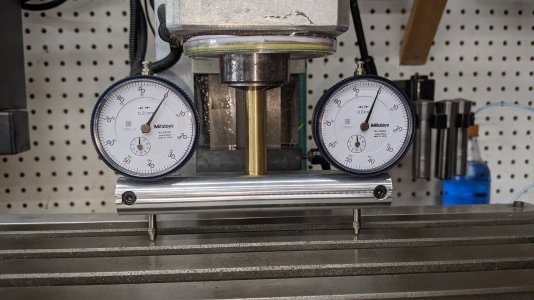 Have any other pics of your Tramming Tool; say a side view?
T

Capt45 said:
Have any other pics of your Tramming Tool; say a side view?
Click to expand...

Sure, it's simplicity personified. I used round stock because that's what I had on hand. The flats are just so I could put it in a vise to drill for the set screws perpendicular to the bores. The 'v' notch is just for show, doesn't have anything to do with functionality.

The most important thing is that the bore for the mandrel must be parallel to the bores for the indicators.

Prior to use, both indicators have to be zeroed against a single object. I used a gauge block but any precision surface will work. Position the first indicator over the block and lower the head enough to pre-load the indicator, lock the z-axis, then zero the dial on that indicator. With the head still locked and without moving the precision block, spin the tool 180° and zero that indicator. The zero positions may not be in the same place on the two faces. All that matters is that they both read zero against the block. Now you're ready to rock. 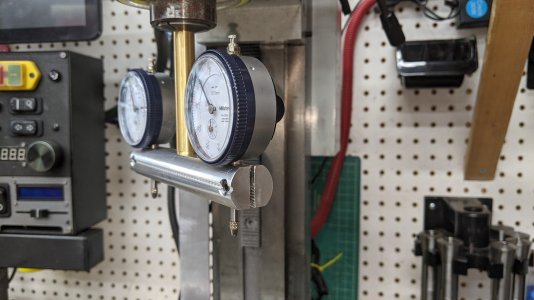 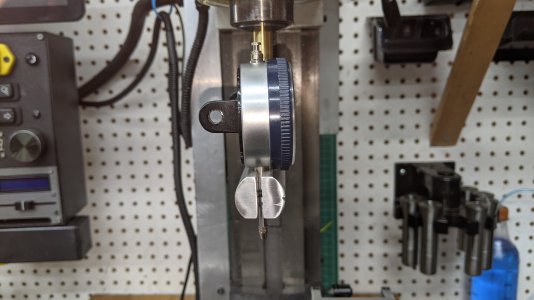 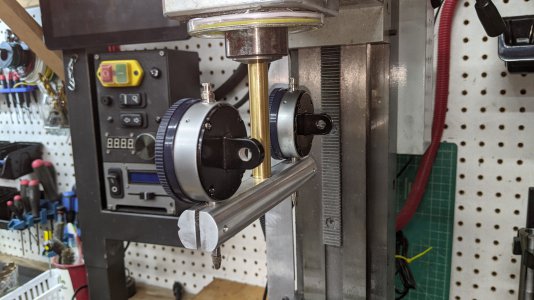 That looks good, here is the one I made after I got my Bridgeport, it was my first project. 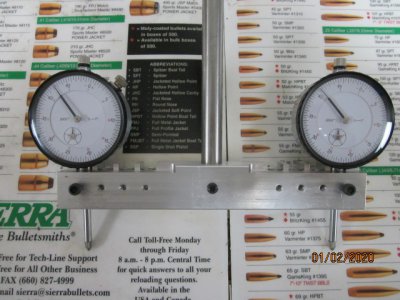