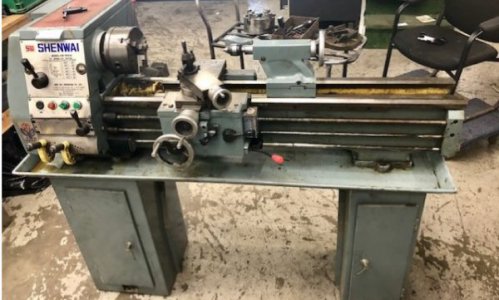 i surfed the site that sounds a lot like E-PAY, and found an inverter rated 2 hp motor by Marathon, very inexpensively 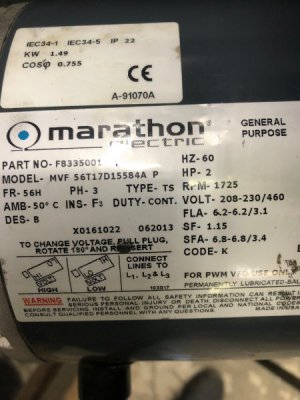 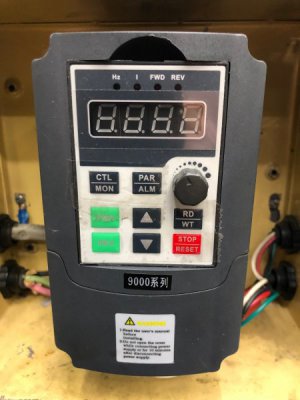 the 2" pulley is smaller than the stock pulley and therefore will require more motor speed to achieve the equivalent spindle speed,
so when running low spindle speeds, the motor is still turning at a faster rpm and has more HP available than if the stock pulley was utilized.
i rarely use the high speed pulley arrangement, so i'll allow the retrofit motor(1725rpm) to run up to 90Hz (2587 rpm) for my limited high speed needs. 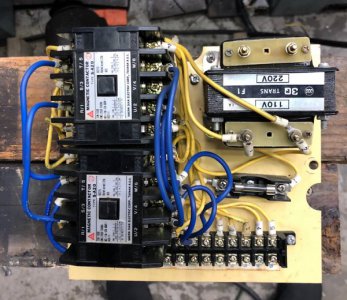 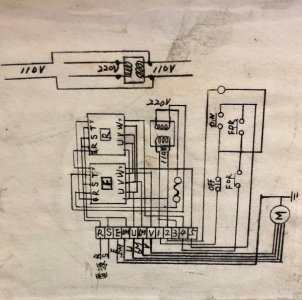 i mounted the VFD in the OEM control box 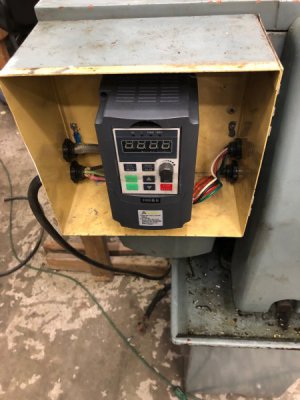 then wired in the VFD. 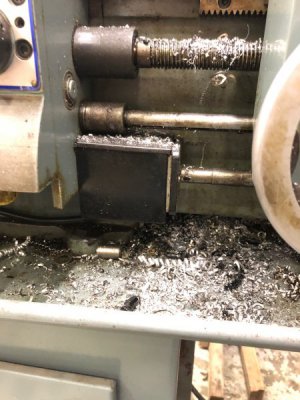 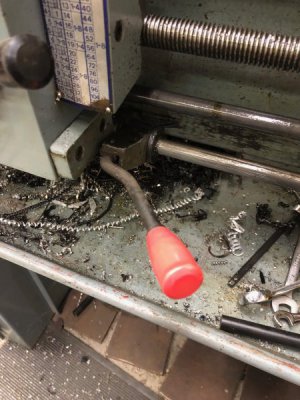 then i plugged her in for a test run! 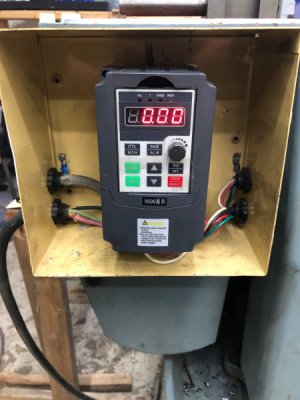 i made a short video of the fire up!

the retrofit was successful

With a vfd you remove the entire existing motor starter unit?

Sent from my XT1254 using Tapatalk

psychodelicdan said:
With a vfd you remove the entire existing motor starter unit?

Sent from my XT1254 using Tapatalk
Click to expand...

Yes sir, the VFD is the motor controller.
contactors, resistors, or relays are not used between the VFD and the motor
You must log in or register to reply here.
Share:
Facebook Twitter Reddit Pinterest Tumblr WhatsApp Email Link
It can take up to an hour for ads to appear on the page. See our code implementation guide for more details. If you already have Auto ad code on your pages there's no need to replace it with this code
Top
AdBlock Detected