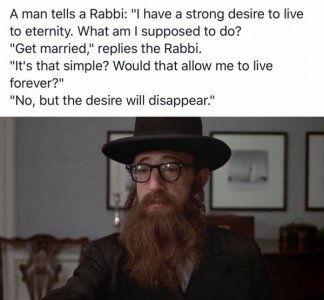 Oh My !!! The pressure is unbearable. 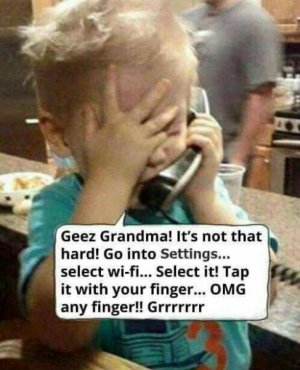 Uh. I thought this was funny.If it offends anyone you can delete. or pm me and i will. 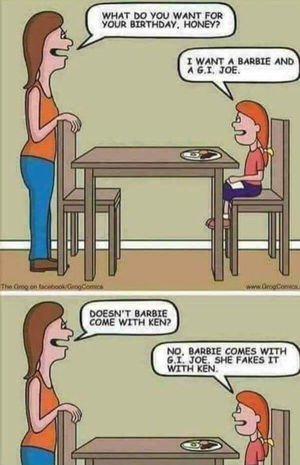 Lawyers should never ask a Georgia grandma a question if they aren't prepared for the answer.

In a trial, a Southern small-town prosecuting attorney called his first witness, a grandmotherly, elderly woman to the stand.

He approached her and asked, 'Mrs. Jones, do you know me?' She responded, 'Why, yes, I do know you, Mr. Williams. I've known you since you were a boy, and frankly, you've been a big disappointment to me. You lie, you cheat on your wife, and you manipulate people and talk about them behind their backs. You think you're a big shot when you haven't the brains to realise you'll never amount to anything more than a two-bit paper pusher. Yes, I know you.'

The lawyer was stunned. Not knowing what else to do, he pointed across the room and asked, 'Mrs. Jones, do you know the defence attorney?'

She again replied, 'Why yes, I do. I've known Mr. Bradley since he was a youngster, too. He's lazy, bigoted, and he has a drinking problem. He can't build a normal relationship with anyone, and his law practice is one of the worst in the entire state. Not to mention he cheated on his wife with three different women. One of them was your wife. Yes, I know him.'

The judge asked both counsellors to approach the bench and, in a very quiet voice, said,
'If either of you idiots asks her if she knows me, I'll send you both to the electric chair!" 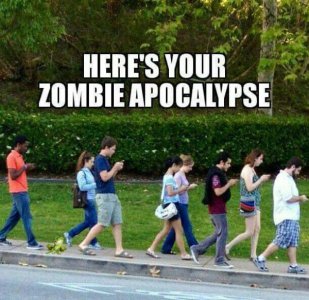 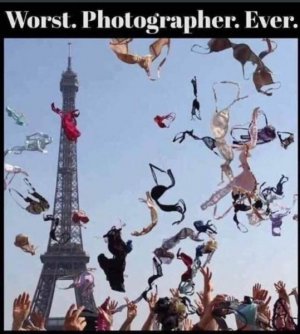 Muhammed Ali used to say he was so fast that he could turn off the lights and be in bed before the room got dark. 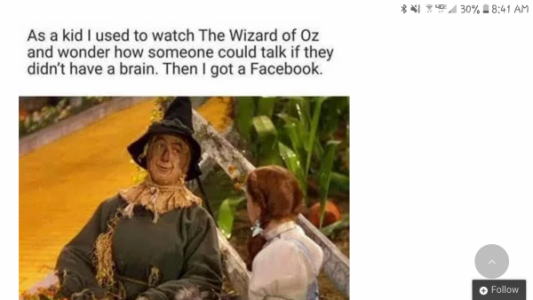 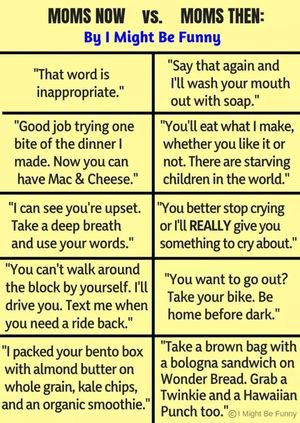 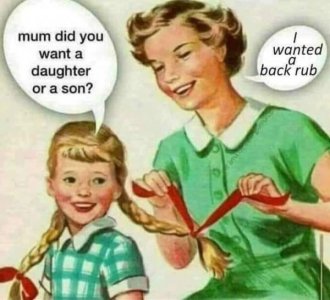 Dang, buggered that up too!!

Kinda odd, if I go to this jokes thread first, then when I read other forums I keep looking for a punch line.
L

A JFK conspiracy theorist died and went to heaven. When he arrived at the
Pearly Gates, God was there to receive him. “Welcome. You are permitted to
ask me one question, which I will answer truthfully.”

Without hesitating, the conspiracy theorist asked, “Who really shot Kennedy?”


God replied, “Lee Harvey Oswald shot him from sixth floor of the Texas
School Book Depository. There were no accomplices. He acted alone.”


The conspiracy theorist paused, thought to himself, and then said, “****!
This goes higher up than I thought…”

.LMS. said:
A JFK conspiracy theorist died and went to heaven. When he arrived at the
Pearly Gates, God was there to receive him. “Welcome. You are permitted to
ask me one question, which I will answer truthfully.”

Without hesitating, the conspiracy theorist asked, “Who really shot Kennedy?”


God replied, “Lee Harvey Oswald shot him from sixth floor of the Texas
School Book Depository. There were no accomplices. He acted alone.”


The conspiracy theorist paused, thought to himself, and then said, “****!
This goes higher up than I thought…”
Click to expand...

That's a conspiracy theorist for you. Will not ever listen to an authoritative answer

Barry returned from a doctor's visit one day and told his wife, Carolyn that the doctor said he only had 24 hours to live.

Wiping away her tears, he asked her to make love with him.

Of course she agreed and they made passionate love.

Six hours later, Barry went to her again, and said, 'Honey, now I only have 18 hours left to live maybe we could make love again?'

Carolyn agreed and again they made love.

Later, Barry was getting into bed when he realized he now had only eight hours of life left.

He touched Carolyn's shoulder and said,
'Honey? Please? Just one more time before I die.'

She agreed, then afterward she rolled over and fell asleep.

Barry, however, heard the clock ticking in his head, and he tossed and turned until he was down to only four more hours.

He tapped his wife on the shoulder to wake her up. 'Honey, I only have four hours left! Could we...?'

His wife sat up abruptly, turned to him and said,

'Listen Barry, I'm not being funny......but I have to get up in the morning and you don't. 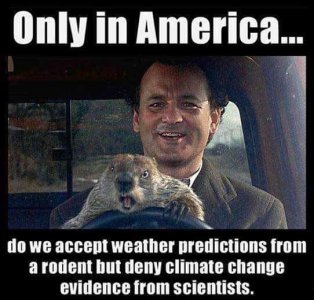 Old Mud said:
View attachment 286839
Are these the same scientists that can't tell you whether it's raining outside or not?
Click to expand... 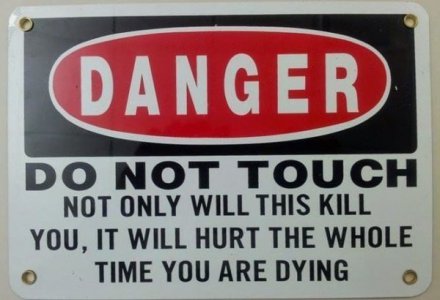 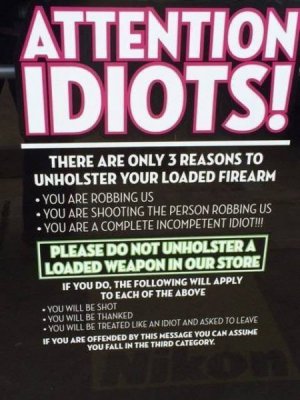 Two rednecks flew to Canada on a hunting trip.

They chartered a small plane to take them into the Rockies for a week hunting moose.

They managed to bag 6. As they were loading the plane to return, the Pilot said the plane could take only 4 moose.

The two guys objected strongly. "Last year we shot six. The pilot let us take them all and he had the same plane as yours."

Reluctantly, the pilot gave in and all six were loaded. The plane took off. However, while attempting to cross some mountains, even on full power, the little plane couldn't handle the load and went down.

Somehow, surrounded by the moose bodies, only the two rednecks survived the crash.

After climbing out of the wreckage, Billy Ray asked Billy Bob, "Any idea where we are?"

A market researcher called at a house and his knock was answered by a young woman with three small children running around her. He asked her if she minded replying to his questions and she agreed. He asked her if she knew his company,Cheeseborough-Ponds. When she said no, he mentioned that among their many products was Vaseline and she certainly knew of that product. When asked if she used it, the answer was "Yes." Asked how she used it, she said, "To assist sexual intercourse." The interviewer was amazed. He said, "I always ask that question because everyone uses our product and they always say they use it for the child's bicycle chain, or the gate hinge; but I know that most use it for sexual intercourse. Since you've been so frank, could you tell me exactly how you use it?" "Yes, we put it on the doorknob to keep the kids out."

Seen on the bulletin board at work: 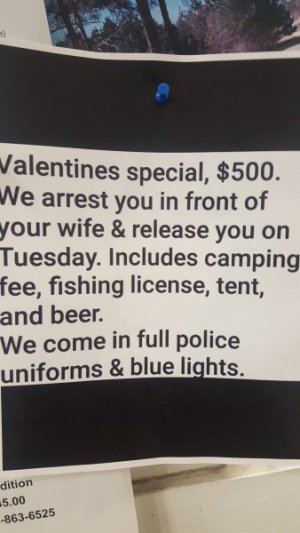 682bear said:
Seen on the bulletin board at work:
Click to expand... 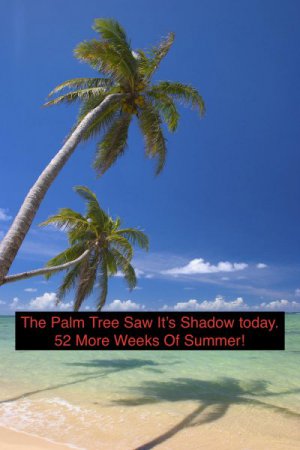 We have no groundhogs here,...so we use palm trees.

This is no joke, I just find it interesting that some farmer in my neck of the woods is advertising what he grows as a hobby:

Description
GREAT Hobby GROWING GIANT PUMPKINS Will grow 35 to 50 pounds each day in peck period You need a 20x20 space but 40x40 even better if you want a real Big One. Package with 5 seeds @ cost of $20.00 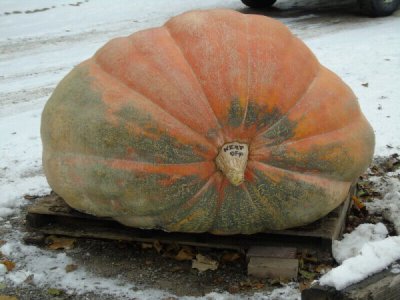 I live near the Circleville Pumpkin Show area, totally doable, and believable. 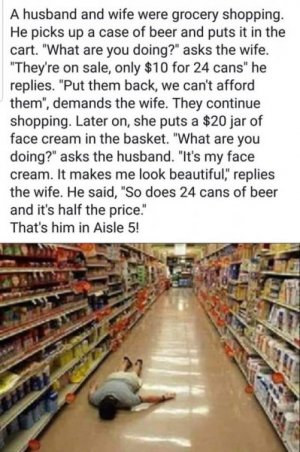 A man is sitting at home alone when he hears a knock on the front door.
He opens it to find two sheriff's deputies there. He asks if there is a problem.

One of the deputies asks if he is married. He says, "Yes, I am."

The deputy then asks if he could see a picture of the man's wife.

The guy says, "Sure," and gets a photo to show them.

The deputy says, "I'm sorry, sir. But it looks like your wife's been hit by a truck."

The guy replies, "I know, but she has a great personality and is an excellent cook."

A new teacher was trying to make use of her psychology courses.
She started her class by saying '' Anyone who thinks they are stupid, stand up!''
After a few seconds, Little Johnny stood up.The teacher said, ''Do you think you are stupid,Little Johnny?''

''No ma'am, but I hate to see you standing there all by yourself!''
You must log in or register to reply here.
Share:
Facebook Twitter Reddit Pinterest Tumblr WhatsApp Email Link
It can take up to an hour for ads to appear on the page. See our code implementation guide for more details. If you already have Auto ad code on your pages there's no need to replace it with this code
Top
AdBlock Detected