I just about have my servo press project out the door https://www.hobby-machinist.com/threads/servo-punch-press.72601/

But today I ran into a small problem. The system was designed to mount the electrical enclosure inside the stand. Well there is not enough clearance for the press mounting bolt heads That's what happens when you make a design change without checking everything.

Here is the problem. 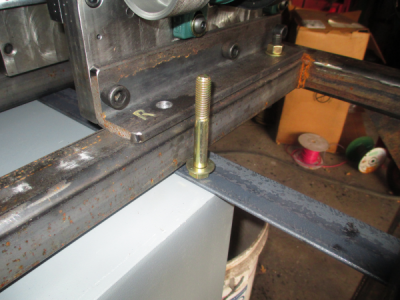 And a little wider view. 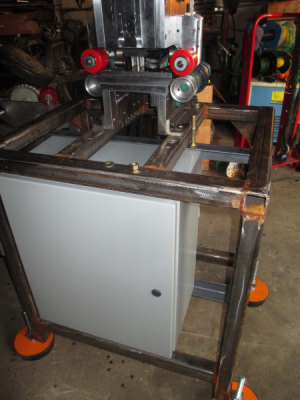 The good news is that I figured out a simple workaround.

It's probably a little late now, but have you considered "elevator bolts"
https://www.mcmaster.com/elevator-bolts

I'd suggest a "bushing" Diameter of the flat washer, short enough to allow the bolt head to be below (above) the side of the square tube. O,. failing that, bore a hole in the bottom of the square tube to accommodate the washer, then use a shorter bolt.

Can you just weld a flange/tab to the angle iron then bolt it to the square tubing from the side?

Just have the bolt come from inside the cabinet. Call it an anti tamper feature.

Great ideas from all of you, and a couple I hadn't thought of.

Superburban said:
Just have the bolt come from inside the cabinet. Call it an anti tamper feature.
Click to expand...

The original plan was to mount the press on vibration isolators or springs thus requiring long through bolts, and was planning on having the electrical enclosure mount on the wall behind the press stand. Because of the feeder hardware above the bolt holes, the bolts needed to be inserted from the bottom. As it turned out, the press runs so smooth that no vibration isolation is needed, you can hardly feel it running when you put your hand on the frame. This means I can also mount the electrical enclosure to the stand without it being shaken apart, makes for a much more compact unit.

I thought about a few different ways of solving the bolt head problem
So the quick way to solve the problem was to simply make a couple of threaded plates that weld to the top of the stand. 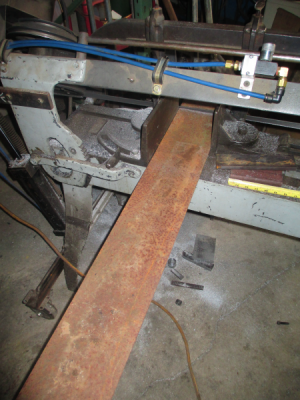 Then over to the mill for drilling & tapping, and instant (almost) mount plates. 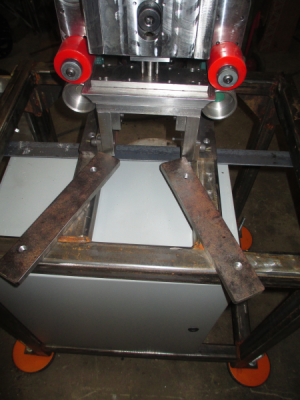 This allows the use of shorter bolts that can go in from the top. Problem solved. 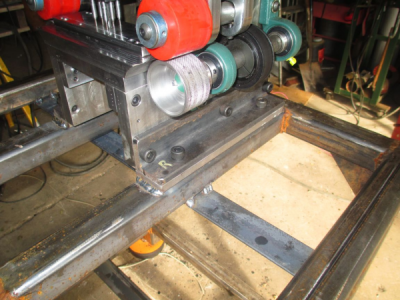 Also they make a great lifting point to paint the stand

Yeah, I know, the chains aren't well secured, but the stand isn't very heavy and those are grade 8 bolts. 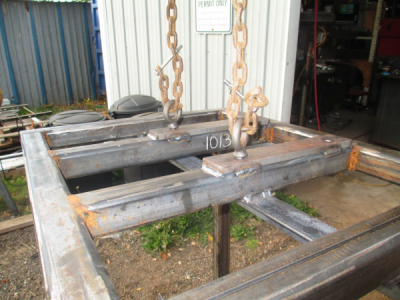 I had no doubt.

Ditto. Thats one thing I love about this place, the extra details, and pride many do with their projects. Thanks for sharing & documenting so well, Jim.
You must log in or register to reply here.
Share:
Facebook Twitter Reddit Pinterest Tumblr WhatsApp Email Link
It can take up to an hour for ads to appear on the page. See our code implementation guide for more details. If you already have Auto ad code on your pages there's no need to replace it with this code
Top
AdBlock Detected