Well I finally quit hem-hawing around and did something with this gear .

First, I cut off most of the hub on the bandsaw and milled it flat, leaving a 0.100" boss. 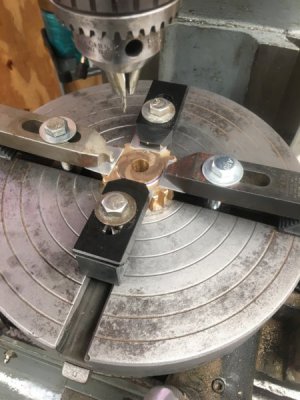 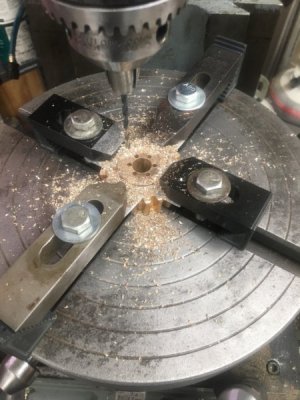 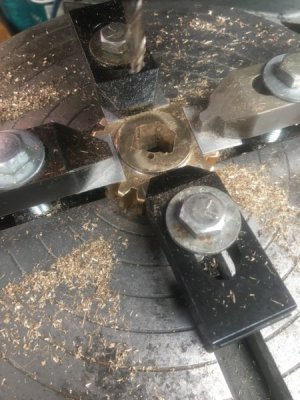 After finishing the corners with a triangle file, I think it came out pretty good. 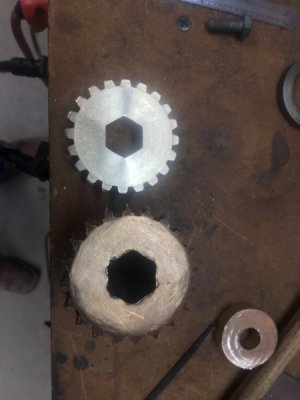 Then, I chucked the old gear in the lathe and turned down the gear teeth. I removed the rest of it with a parting tool. 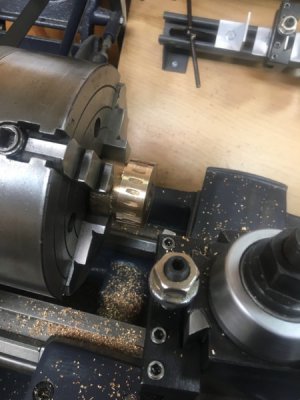 Then, I bored out a recess to accept the boss on the gear. 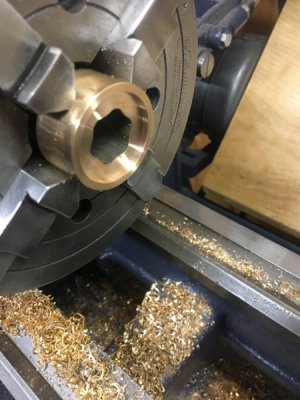 That's as far as I made it today. Next will be to mate the two halves and get the bolt holes drilled. I was reluctant to try making the hex bore in the gear at first, because I doubted my ability. Then I got to thinking that I could try it, and if I screwed it up, I could always bore it out round and go with my original plan. It turns out that it wasn't that big a deal. This is a better situation since the bolts won't be taking a shear load now.

And oh by the way, you wouldn't recognize it, but the rotary table in the pics is the one that came with the mill. It's a little rough around the edges just like everything else, but it worked well. This was the first time I've used it.
C

I got the gear done today - finally! Life and other projects have a way of slowing progress... 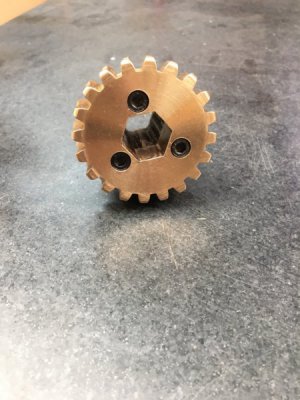 Here's a view of it with the bearing and nut installed 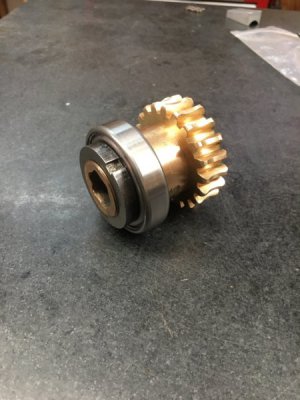 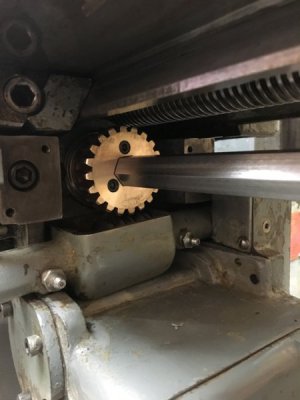 T. J. said:
Then the screw is screwed out. This key was missing. I haven't had a chance to investigate what it is supposed to engage
Click to expand...

I don't think that that key is for use with the power feed as was suggested by "Deleted member 473". My machine does have Y axis power feed, and I am also missing a similar key. I wonder if it is used temporarily during shaft grinding. 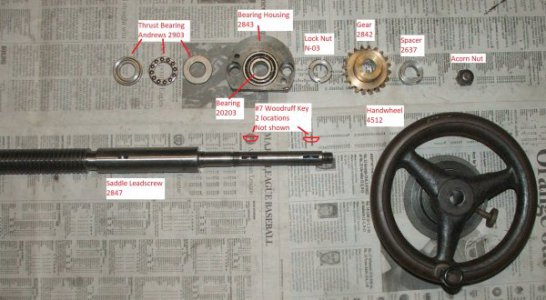 The power feed gear (2842) goes between the bearing housing and the handwheel.

I also want to thank you for posting all of these pictures of your mill. They have been beneficial to me during my build.

[QUOTE="The power feed gear (2842) goes between the bearing housing and the handwheel.

I also want to thank you for posting all of these pictures of your mill. They have been beneficial to me during my build.[/QUOTE]

That's good to know. And you're very welcome, I'm glad the pics were helpful. You are adding much to the W-I knowledge base on this site yourself with your thread!
D

You did a wonderful job with your Mill, I really enjoyed reading about your work. Thank you for sharing.
You must log in or register to reply here.
Share:
Facebook Twitter Reddit Pinterest Tumblr WhatsApp Email Link
It can take up to an hour for ads to appear on the page. See our code implementation guide for more details. If you already have Auto ad code on your pages there's no need to replace it with this code
Top
AdBlock Detected