kvt said:
Here is the page for parts that should fit. Like has been said many were just variations. So like mine used 32211 bearing in place of the 30211 on one end and then use the 30210 on the other.
The seals were all the same, and I found those in several places. I had an inside seal out on the rear bearing and was leaking the oil out over night. but while I was at it, I took the whole thing apart, and started doing a good cleaning of everything. One other thing, I see you have missing back gear on it, the shaft and other stuff is there but the gear is missing. that would be one way to hold the spindle while tightening the chuck. That chuck reminds me of the one on my sherline lathe, but it also has holes in the main cuck body so you can hold it while turning the scroll plate which is the back knurled piece. Another way to hold it while tightening it would be a web wrench.
Click to expand...

KV where did you get the seals for the spindle shaft .I may need to replace a slow leaker and have been looking i have the same lathe as yours.
thanks John

AVX seals, had all of them, But since I had to pull mine all apart I took the old ones and got the numbers off them, then ordered.
They sell some through AMAZON, but did not have all of them there so I went direct to them and looked them up and to all of them. Did not find anywhere else that I could get all of them at one place. Still have to go get me a new link belt as that one got oil soaked But still have not even started putting things together yet, Still painting when I can. went tot he Pain management yesterday and got an Epidural Steroid injection in the spine. Could not do squat after that, and rain today. Oh well. Will get done sometime, and yes will try to get pics when I put it back together.
J

Thanks for the info I was going to remove first then try and match by size,know what you mean about pain not easy when you hit the 70's let me tell ya.

here is the link to the site, they seem pretty good, just pain packaging and got them quickly. If you take it apart I would look at the bearings as well I did and found that they were not the best but would have lasted longer but I wanted something that would last without worry. I still have to clean up the spindle as I had to press the bull gear of just to remove the spindle, That was fun.
Removed the stuff on the back end of the shaft, Made sure everything was loose,
then block the bull gear against the housing with wood, Put it in my new HF 20ton press and pressed out the spindle then removed the gear. Watch for the keys that come out when you take it apart also. Almost lost one..
Then also had to press the front spindle bearing of the shaft.

Figure I will try to heat the bearing and freeze the shaft to put it back on, then freeze it a gain and heat the bull gear in the oven a little and put it back together that way I may not have to press it back together as no where I have found said I should have to press anything. Again I will try getting some pics as it goes back together. I also right now a bunch of the thing is just bags siting in boxes in the shop, That way I kept things together as I have cross slide all the way down to the feet torn down. Hope it looks nice and works nice when down.
J

Sounds like fun i have done many things over the years as a Diesel and heavy equip. mechanic and supervisor.Now I take pictures when i do things if i wait to long to put back together it takes longer.My oil leak is not to bad yet on the rear spindle but does get the belt a little oily.Mine is a 13.40 Jet year is a 2000 has not seen a lot of use .Guy was a gunsmith and he passed away so I bought knowing he like myself can only use 1 machine at a time.I also use it for gunsmithing work. Have an old Index 645 mill that was in decent shape when I got that and went thru it.Just picked up a Harig surface grinder went thru that but it did not need to much . Glad I am retired so I can work more now Ha!. Thanks for all your info it is helpful.

No still working full time, and but often by the time I get home unable to do much besides sit in chair. But having fun with what I can. Have a little sherline lath and mill that I got after my father in law passed, But needed something bigger. (want to make some small cannons) Now just need to get me a mill etc for doing bigger stuff
Mine is a 1977 model not a jet but a Taiwan made one. 10x24, But leaked all the oil out over night on the rear bearing, This one looked to have a hard life but I could afford it, THings around hear are real expensive. a used lathe is lmost if not more than purchase of a new one. same with other tooling.

Just to clarify, I have a 3 phase motor with a VFD that takes 240 AC single phase and converts it to 240 volt 3 phase.
Pierre

Ok, got a little bit more cleaning done, and started on some of the gear box. The changes needed a good clean but once I got them apart and got he gear off, (I know I need to take pictures) found that they have several thou of wear in the shaft, I have another small lathe that I could use to make some new ones since they are small, But what type of steel do I need to get in order to make them They are bout 1/2 inch in dia, and about 1 1/2 inches long.
Ordered some of the bearings for the gear box shaft as well because the old ones seemed to be gritty and did not turn well. Will try to get some pics tomorrow.
Oh also found a ref for the oil that goes in the spindle bearings the ref says 30w non detergent. so I picked up some today.

Ok, finally took some pics, the piece is 5/8 in dia and 1 3/8 long, but has a 0.020 wear ring round the center where the gear rides, you can see it in the pics. What type of steel would be good to make a replacement out of. I think the other selection lever is in just as bad shape. Any suggestions. 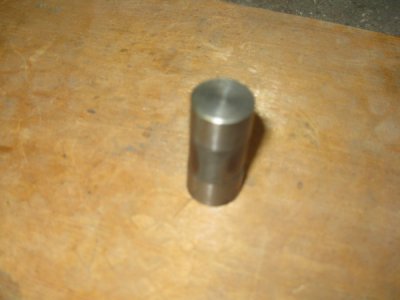 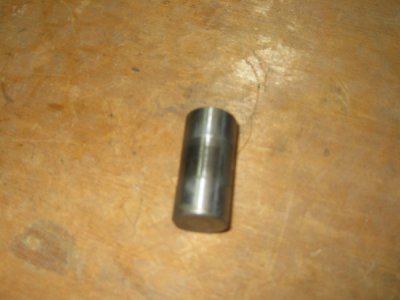 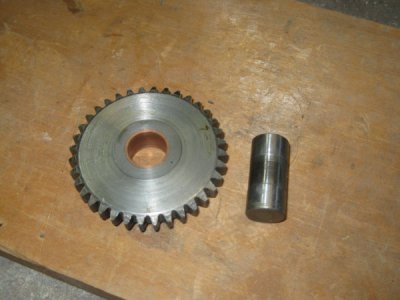 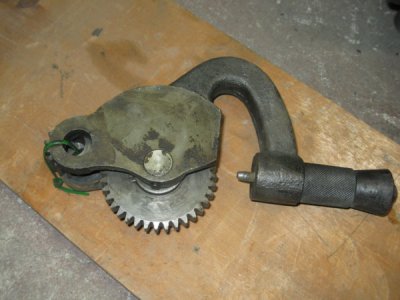 See if you can get some drill rod. It is available in that size and you can cut to length and harden.
Pierre
D

Drill Rod as what Pierre said, or what about a Gage pin?

JAS, decided I should not be hogging you thread. thus started my own, http://www.hobby-machinist.com/threads/taiwanese-made-10x24-clean-and-repair-pic-heavy.56121
will try to get all the pics you are wanting in it. Just started putting part of it together
M

Hi All, I recently purchased the American Enco version of this lathe its an '94 ENCO110-2033 (which conveniently doesn't exist according to Enco/MSC). It is a near exact match to the Grizzly G9249 lathe. I am in the process of tearing it down, cleaning it piece by piece, scraping if necessary, and getting it put back together. If you need any pictures of pieces I will be happy to post them. The only thing mine is missing is the factory 4 jaw chuck and 3 metric change gears. 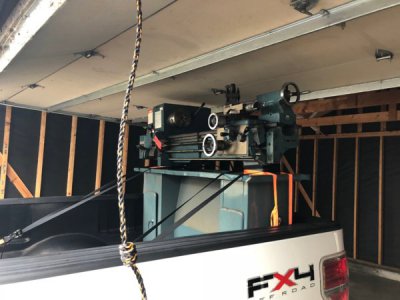 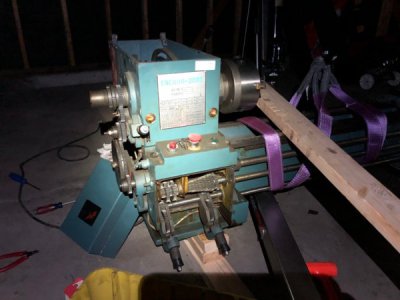 Last edited: Mar 30, 2018
You must log in or register to reply here.
Share:
Facebook Twitter Reddit Pinterest Tumblr WhatsApp Email Link
It can take up to an hour for ads to appear on the page. See our code implementation guide for more details. If you already have Auto ad code on your pages there's no need to replace it with this code
Top
AdBlock Detected