I am in the process of restoring an older Jet Surface Grinder, Model JSG 6 x 18. The newer ones are painted white and have quite a few changes in how they are built compared to my older dark gray model. The cross feed for the table is run by a steel tape. Best I can tell.

I say that, because two young bucks helping previous owner move equipment, loaded this grinder up on a fork lift annd did not tye it off. It fell over on it's right side smashing the right table end, electrical enclosure, elevation handwheel and all sorts of other minor damage. The owner was so pixx'd he gave the machine to me to remove the memory from his sight. I need the information to repair the table longitudinal feed.

Jet acts as if they never even made the machine. No info at all. The newer white unit was apparently made from 2012 to 2016 then discontinued. Does anyone out there have a parts manual on a pre 2012 Jet Surface Grinder?
L

Did you find a manual for the surface grinder yet?. I just picked up a jsg-618 and managed to locate a photocopied manual which was emailed to me yesterday. I will be glad to email it to you if you still need it.
Z

I just picked up a JSG-618 on Craigs list. Not sure how old it is but she was heavy. It is Green! Not white or grey. Would love to find a manual for it. It is in perfect working order from what I can tell. Now I just need to re-remember how to use it and get some wheels, and a balancer..
The cross feed is run by a steel tape on mine as well. Hard to tell from pictures online but when I seen it in person I was pleasantly surprised!

Evidently it was in a maintenance department before this owner had it. Man, I am only 5'6" and man that elevation hand wheel is up there high! LOL.

It was larger than I thought it was. Thank god the screw protector tube came off or it would not have made it into my garage! Pucker factor high there for a bit. Long day but finally safe and sound. 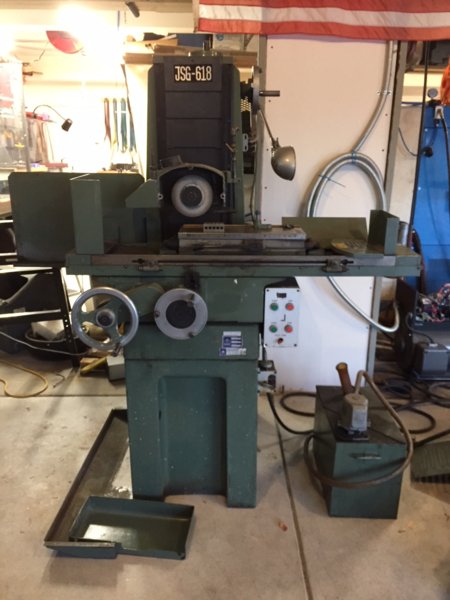 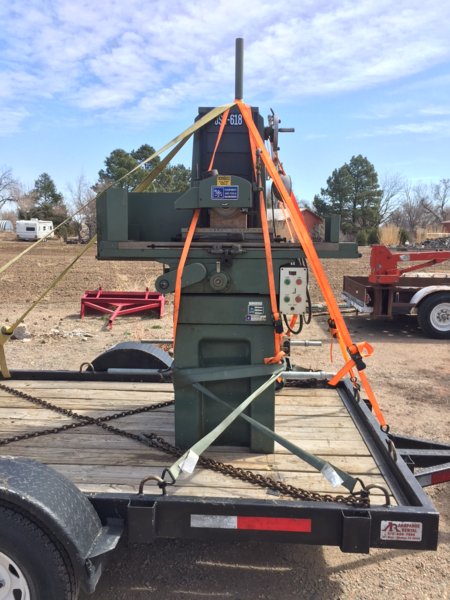 If anyone else needs this, here it is. It's a photocopied pdf and covers jsg-612, 618 and 718. I tried to put it in downloads but had no luck, maybe a moderator can move it.

Thanks Lewey! That is the correct manual and very helpful! I got the table on and oil system working again with new regulators on all ports. now I just need to clean up the coolant guards and seal them all up.

It is all loaded for others to use. Thank you for posting it.